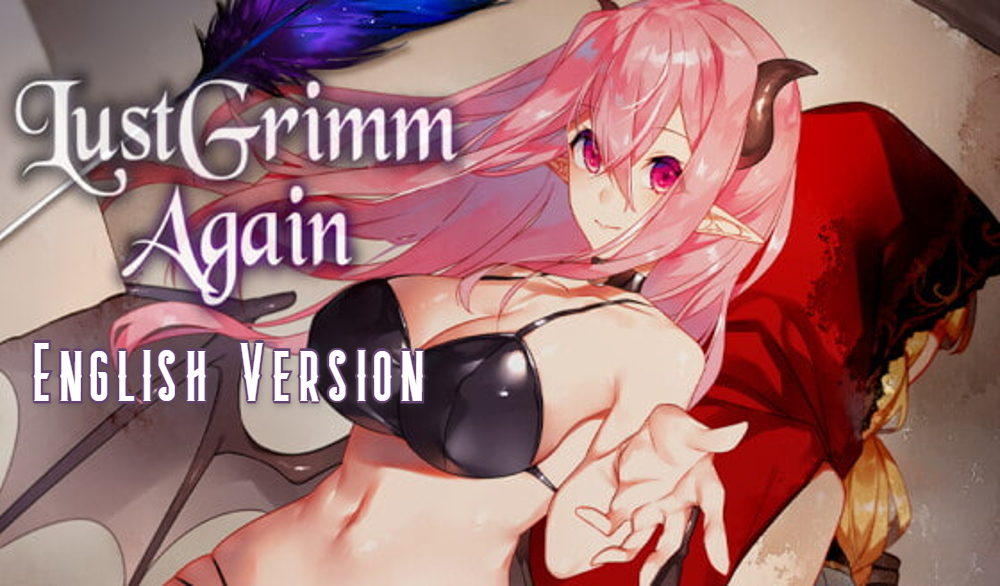 Lust Grimm Again is a remake of the original Lust Grimm. It’s the same story but double the amount of CG! The gameplay is fairly standard JRPG. You walk around on the map, collect treasures and talk to people. Succubi on the map pursue you to force you into battle. Combat is battlef*ck-style, with body parts serving as elements and sexual status effects. It has more depth than you might expect, though. For example, enemies can put you into holds in which certain actions of yours are restricted, in a way that makes sense from the artwork.

Most of the enemies are standard succubi but with variations like nurse, policewoman, maid etc. The rest are other kinds of monster girls, like lamias and mermaids.The graphics and soundtrack are also excellent and contribute to the immersive atmosphere.One of the game’s defining characteristics is its focus on big breasts. There is only one enemy who doesn’t have them. If this is your thing, then you should definitely check this game out!

Update (Oct 5, 2021): A fan translation has been made for this game! I’ve removed the old machine translation links and replaced them with this new and improved one. It’s still considered a WIP (because the game is still releasing new content) but everything has been translated.

The english and japanese downloads have been updated to the most recent version available.

I can already tell this will be one of the best games on Hemdom. The only reason I am not playing it now is because this game is an experience worthy of waiting for a human translation. If you haven’t already, you really should play the original in the meantime as it is a great game already.

well are ya gonna play it now?

I already am and I am loving it!

Studio62 just released an update for this game (end of January 2022), adds more stuff. Hopefully the fans translate the new stuff too 🙂

also extra piece of info, I’m 99% certain that every single enemy in the game has two H-scene’s, one of which is always a paizuri, so for all those fellow paizuri lovers rejoice

I would highly suggest playing through the game without spoilers to get the full experience. This game has a good story and a very warm and fun overall tone.

Okay cool but also do you have a full save

Guys, could you update it to latest version(2.08), please

I have a problem: the enemy’s heads are cut off the screen D:
the sprite is way up

same problem, anyone know why_

Seems like it’s only a problem with the machine translated version, not the original version.

yep, I tried translating the files myself using translator++ and the pictures still got cut off after I translated them, not sure why. Hope someone can make a working translation soon 🙁

as a temporary fix you can download both versions of the game and copy all translation files, excluding enemy related translations, into the japanese “WWW/data” folder, you won’t be able to read enemy combat dialogue but will still be able to read MTL translated files of your actions and item descriptions and the enemy will be properly centered

I fix it
just download the Japanese version and copy the Enemies.json from data folder and replace the one on the translation version, this will fix the problem while keeping most of the game translated 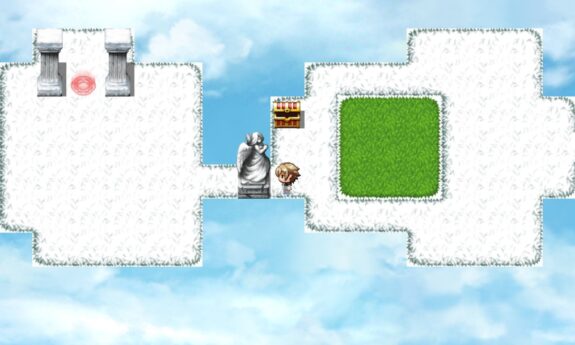 if im understanding the dev’s ci-en posts correctly, i think we have to wait for ver2 in order to get the 5th page / progress through the sky area

you have to use the skill regular kiss (deals fixed damage). I think you get it from inside the coffee shop in Hoshifuri Town

thanks for the help , I found out , played the game all over on hard looking for “The Blue Light” couldnt find it then realized regular kiss does flat damage REGARDLESS now I am just stuck at Mel after fighting Lilith , Dolce and Virity. lol

You have to equip the book “The Blue Light” which allows you to use the skill “Lust Dream”. It deals a flat 100 which bypasses the slime’s high defense.

I’ve been looking forward to this

hello, any chance you can update this to the latest version please?

Veesion 2 has dropped for the game can you update?

A visitor
Reply to  Momorox

Ehh, I’d rather get Lust friend/ other lust grimm sequels translated than this personally. I want to see what happens next, Lust Grimm is an amazing game but I’ve already played it and completed it. Just my take

Savin this for later

You are going to be please with this gem of a game. I suggest if you haven’t played the origional that you avoid looking at the wiki or blogs to prevent seeing spoilers.

Many thanks for this! I remember seeing this a few months back when you first uploaded it and thinking I’d rather wait for a proper translation, always makes these games immensely more enjoyable, especially the sex dialogue being properly legible.

Oh nice they gave MC a face this time. I always find it creepy when they use the noface/hair guys as the MC.

thanks for mtl, tried doing it myself and had problems

Thank you so much Hemdom-sama!

Really loved the original and i really! like their Remake of this game it’s great!

I want to cut the grass, but I don’t know where to cut it