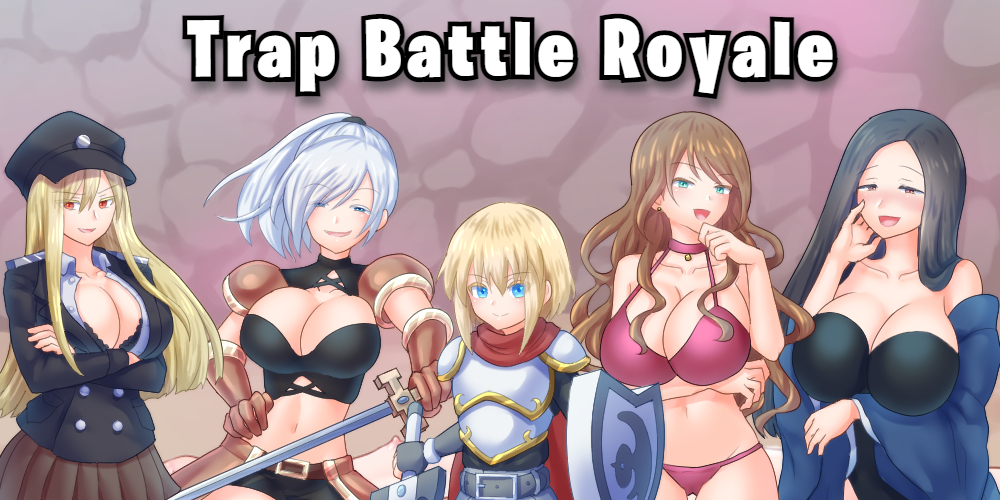 Our story begins in the kingdom of Filhaim, a land shared by monsters and humans alike. Monster slayers are important and adored throughout the kingdom. Among those are the “Holy Knights”, elite slayers that are said to choose worthy successors once every hundred years.

Our protagonist Louis, is a pure, hardworking boy who dreams of becoming a knight. His childhood friend Erina loves him, but fears that one day his bravery will be the end of him when it comes to fighting monsters. One day, after slipping out from church to play with Louis, an old arena catches Erina’s eye. Yes, if she becomes stronger than Louis, she can protect him. She begins her training in an art that has felled many a man…seduction.

Eventually, the pair end up in Sadistia, a training school for monster slayers. They make it to graduation without issue, but now their biggest test awaits; the boys vs girls battle royale that follows…Can Erina help Louis traverse the brutal battle so they can both graduate? Will the two open up about their feelings for each other?

Looks interesting, but can anyone please confirm a few things?

*How good/bearable is the MTL?

*Is this the latest version where the recollection room is included?

It’s passable but not great. I was able to get an idea what was going on and an idea what most of the girls were like and the general plot (called it on what was gonna happen to Liam) but it’s still a machine translation.

No sadly, these same people are also bad for leaving the recollection room half done or not at all in their first versions.

the 1.03 version released yesterday any updates?

Quite Frankly
Reply to  dasdasdsdadsa

Does someone have a save file for the recollection room?

Not implemented yet, apparently it’ll be released in a version which was supposed to be released on 11/29 or it’s further ahead than that. I believe they mentioned something about the endings in front of the recollection room (which doesn’t work), about doing more work on the endings too.

The game is good and I do recommend that you play it, to fully enjoy the scenes as there’s more text than pictures. In some cases, it feels that there should be pictures, but currently just text. Make sure that you save once per boss that’s attractive to watch and when you get to the cursed armor, know that it can’t be removed and you aren’t meant to win or at least not with all of it, it cuts down many stats to 1.

Siding with Laura in the ending have a good twist, but also there, it’s just an image, they could build a way better ending, it’s like it was released a month early or so, were the pictures aren’t enough and the story just got finished.

It’s quite straight regarding the paths you’re to take, the MTL is good enough for that, just that a real translation would add a very sought flavor.

Anyone know how to get the childhood friend’s (final girl’s) BJ scene? I assume it’s a bad ending, but I keep getting the FJ ending

is there a memory room anywhere? I can’t find it

It’s being added in at the end. It wasn’t part of the initial release, but changelog says it was partly implemented in v1.01 and added upon in v1.02. IDK if it’s all in there now though.

Cool, a new game for Dry Dreams. But how is the MTL on this one? is it good like in temptation coliseum where you could understand everything or a poor one where nothing makes sense?

somewhere inbetween, you can get the gist of it but there are parts that make no sense.

getting a “failed to load img” error, any help??

Is there any way to remove the cursed armor?
It likely wasn’t meant for one to be able to beat the boss with it, which was easy enough by using items. But now at the hotel, the bosses are getting harder and it would be useful to remove it, since they limit you a lot.

And I don’t exactly want to reload that far back…

yeah I don’t think there is a way to remove the cursed armor, and if you have it your ability to clear the game becomes almost impossible unless you over level. I went into saveeditonline and just simply pressed file unpack and scrolled down until I found gear and switched what pieces of gear I had equipped and then I could play the game again, otherwise yeah people should def save before getting cursed armor because there is 0 benefits and 0 scenes for it besides getting it equipped.

I just got off the train and am up to the next 4 trails, there are 2 door like things in the bottom corners and nothing on the top corners, interacting with the doors does nothing. How do I progress?

Did you try walking down any of the four walkways?

yeh, and nothing seems to be interactable

I have a recollection room error. IDK what to do?

Not implemented yet, apparently it’ll be released in a version which was supposed to be released on 11/29 or it’s further ahead than that. I believe they mentioned something about the endings in front of the recollection room (which doesn’t work), about doing more work on the endings too.

With them constantly having new versions, prolly a good idea they don’t update the English Version til the final on is out

Very little arts + sex scenes only then falling into traps