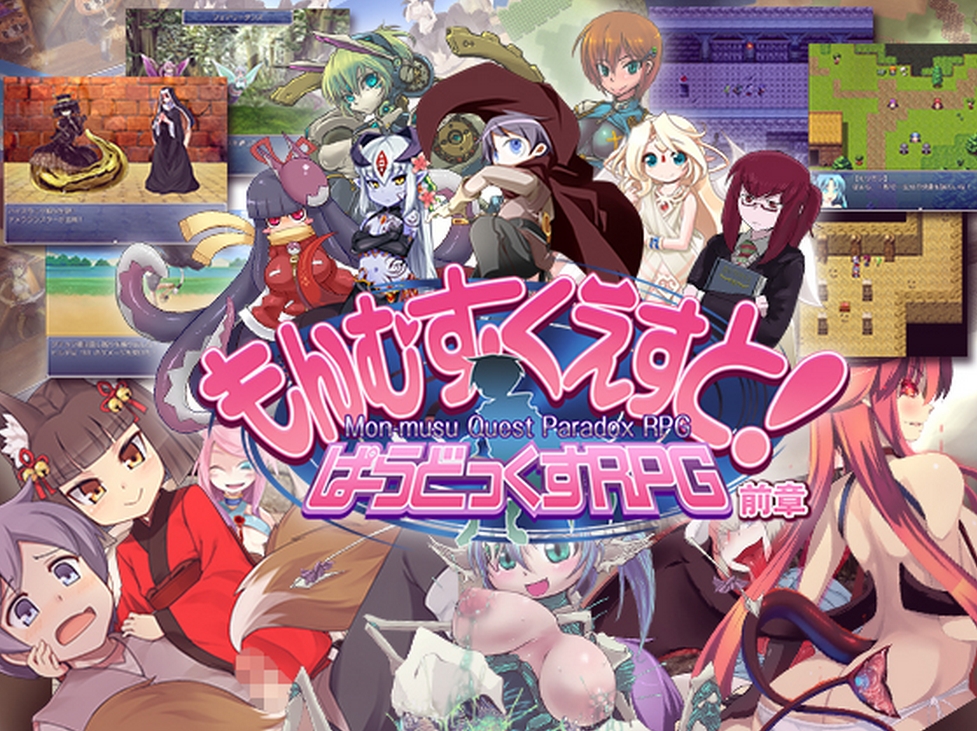 Monmusu Questis an adventure role-playing game taken place in a fantasy world. You start out as a young, inexperienced, clumsy warrior. Your biggest inspiration is your father, and you try to follow his footsteps to bring justice to the world! Where will this adventure take him? When his journey finally ends, will he have achieved his dream.

There are a few extras included such as fan done bug fix ,2 uncensor patches for various graphics and some recolors for better graphics all neatly bundled in 1.

Hey, do anyone know where can I find MGQ paradox 2.35? in there, translation were fixed at 99%

I know I’m a bit late, but you can find 2.35 by searching “monster girl quest paradox” at f95zone. After registering/signing in, several download links will be available.

Woah, who continued translating this? Dargoth disappeared and I thought translation just stopped dead in it’s tracks. A welcome surprise.

Oh wow finally the paradox is here! Thank you for the upload!

Is there any gallery that can be unlocked.? If so would you have to beat the whole game to do so?

there is if you go in menu then library and monster library, you’ll find all game over scenes there. I didn’t find a way to unlock all scenes other than beating the whole game sadly but you might find full saves online. Note that the library doesn’t include the special H-scenes that you unlock by increasing affection with your followers. I know this post is 8 months old but I’m still replying in case anybody else has this question in mind.

Can you add a torrent?

Do you have a Torrent file?? Thanks for the game

YES!, i really like this page, this was unnexpected, i’m so glad it’s finally translated and thank you for making this page, cheers

Wait why is mirror file bigger than the one on mega?

Will there be a new verison for their new collaboration?

Hmm, I doubt this is full. We have been waiting for part 2 translations forever.
Please can somebody confirm if Part 2 is 100% done?

Should be close enough. When I got the latest patch around a year ago, the only things missing were some minor interactions like reactions to gifts. Story and scenes were all done.

Are those minor interactions done now?

I don’t believe so. Translation kinda just dwindled, and I doubt it’ll kick up again until the collab update or part 3 comes out.

You do realize that the game is 100% translated right?
https://bitbucket.org/ArzorX/dokudoku-amateur-translation-team/downloads/

Hey, so no the translation isn’t done 100% there’s still some skill and one or two side quest incomplete (it’s litteraly on the progress sheet that you send Artanis) and I believe ArzorX will re dive in MGQP translation when part 3 release!
Edit:if you want news from ArzorX there is his blog : https://arzorxblog.home.blog/

Is the file still active? I downloaded it and when I tried to extract the rar file I got:the archive is either in an unknown format or damaged. I have the locale set to Japan. Is there anything I need to do to get it to work?

You need to have winrar to extract the file

Just posted about the links. Are they dead or do I have to exit Incognito mode so they can work? (I have downloaded everything else from this site in Incognito mode).

I’m unable to extract the rar files. It says that the archive is either in an unknown format or damaged.

Thank you so much!

Are the links dead tried both multiple times. Mega crashes after a while and other link always stops and gets a connection error?

It’s quite complicated, and telling you its kind of a spoiler, but it is a sequel set in a different timeline