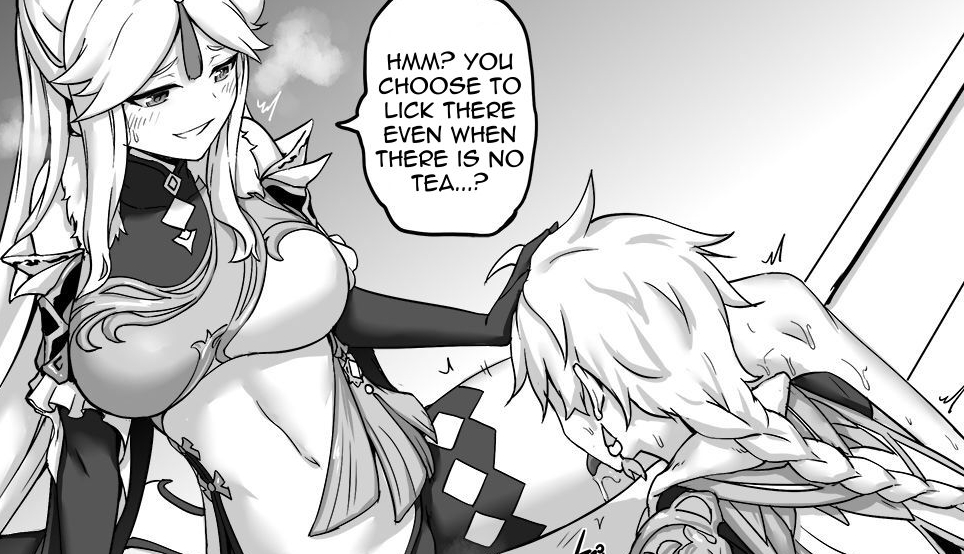 The traveler is introduced to Ningguang in this doujin, but it doesn’t go as he planned. During the meeting, he pops a boner after seeing her panties. It’s an embarrassing sight, but surprisingly Ningguang takes it a step further.

Of course the traveler will go along with it, but he’s not in control. Since the start, his hands have been tied and they won’t stop until she’s satisfied 😉

“Have you heard of HEMDOMBLOG?”
*Proceeds to mount him*
Now that’s some quality content for the manga readers!
Unfortunately not for me #gamergang #animationaddicts

And she is also getting a new Skin next update.
What a time to be alive

He’s being mounted by her and hasn’t heard of Hemdom… Innocent boi is about to have a rough time. <3

This is a great doujin. I love reading it every chance I get!

Who is the author