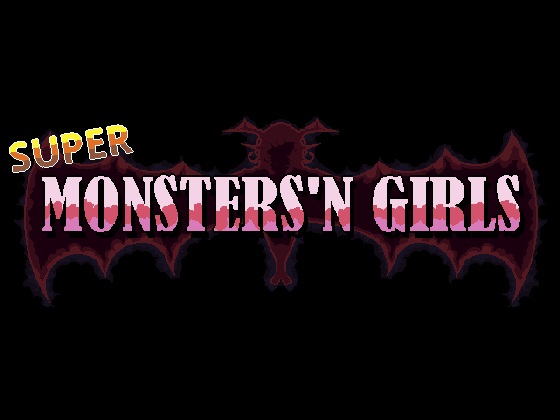 Behold everyone, the sequel of the original Monsters ‘n Girls. For those who haven’t played the original, I’d highly recommend checking it out first! It’s an extremely difficult game that is heavily inspired by Ghosts ‘n Goblins and Eroico. If you have played the first game, here’s a glimpse of what the sequel is all about.

Four years ago, Holy Knight Saito suppressed the evil monster girls and became Paladin Saito. Our savior! The world finally seemed at peace… until something tragic happened on his wife’s birthday. It seems that the monster girls have come back, and they captured his daughter! Saito was convinced that they want revenge but it isn’t going to happen on his watch! Help Saito battle massive waves of monster girls or they will take advantage of him!

Keep in mind that this is not the complete game. It’s still being developed and is expected to fully release in January. If you’d like to support the developer, check out his English patreon. He also has a japanese blog that shows development progress. If you’d like to see that,
click here!

NO NAME
Reply to  natashaguosh

Thanks. Waiting for the game to continue

So, how soon until we get another update? Please tell me this isn’t abandonware…