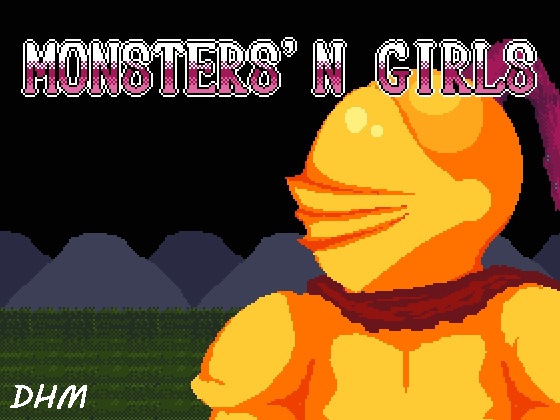 Three years ago, there was a war between humans and monster girls… A massive army of monmosu led by a succubus queen raided earth, raping men and converting women into soldiers of lust! To bring back peace, Nakamura, an archangel, blesses a lowly knight that goes by the name Sir Satou. He hopes that he may take up his lance and return peace to the world!

Keep in mind that the download link is a torrent. You must have a torrent client!

[…] everyone, the sequel of the original Monsters ‘n Girls. For those who haven’t played the original, I’d highly recommend checking it out first! […]

The game have a lot of glitches and bug.
Looks some anime images broken in the screan randomly.

¿That is normal for this game?

[…] everyone, the sequel of the original Monsters ‘n Girls. This game has been in development for quite some time, but it’s finally here! For those who […]

This have a very weird Extrapacke, what is it?
look how a creppy game 2012.

I played through the first level and this game lives up to it’s inspiration. It’s not as hard as *G*osts N G*blins but it is difficult for an eroge sidescroller.

Don’t forget to discline the Avast’s installing if you don’t want to have regrets.