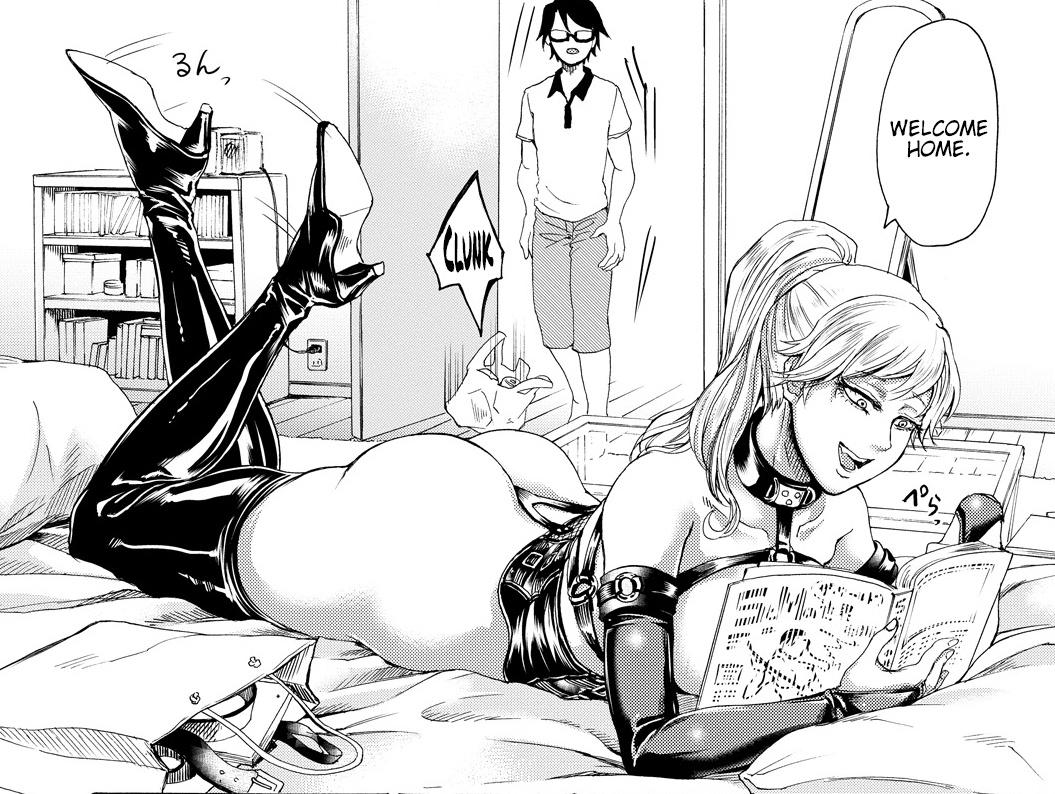 5: Rina is a special maid whose responsibility is attending to the young Makoto. Makoto has just reached the age of maturity and Rina is requested to educate him on the opposite sex.

6: Nozomi is the last male student in Machida Academy. All the other male students have somehow disappeared, with rumours being that they were sent for training and then being hospitalised from overtraining. To avoid being noticed, Nozomi goes to school wearing a girl’s uniform. Unfortunately, this was not enough to fool the student council president, who captures and drags him to school’s laboratory to meet the public morals committee. There, Nozomi will be tied up and helplessly milked by these two devious women for his semen.

7: Kiichi is a young man with a unique past-time, he has a social media account where he cross-dresses as a girl, Ichika, hoping to gain acceptance and fame from people. By pure chance, after uploading his latest photo wearing knee-high socks, he is approached be a fan, Akane, who invites him to a more private place to talk. There, Akane decides to take control and initiates some fun of her own. Little does Kiichi know, Akane has some “special plans” to generate more fame for his social media account.