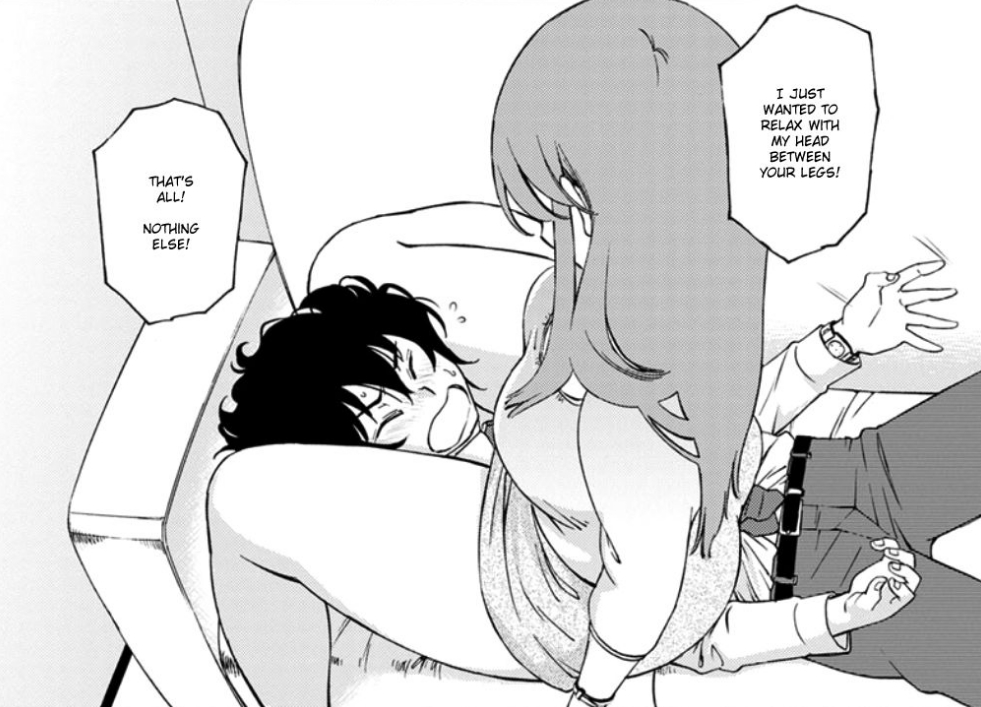 Mika Otogawa has been getting weird requests from her manager, Mr. Hayama. He’s younger than her, but he is still the boss. Everyday, he orders her to let him put his face into her thighs. A normal person would probably call the police and charge him for sexual harassment, but she’s a little bit of a pervert herself!

It became a reoccurring thing. New positions, new angles and even sniffing? Mr. Hayama never took it further than that. He was happy with it…, but Mika secretively wanted more because he was so cute!

One day, Mr. Hayama completely avoided his face into her thighs. Mika was completely shocked, and confronted him about it. I don’t want to spoil anything, but it gets really sexual, really quickly, with some really nice thigh action!