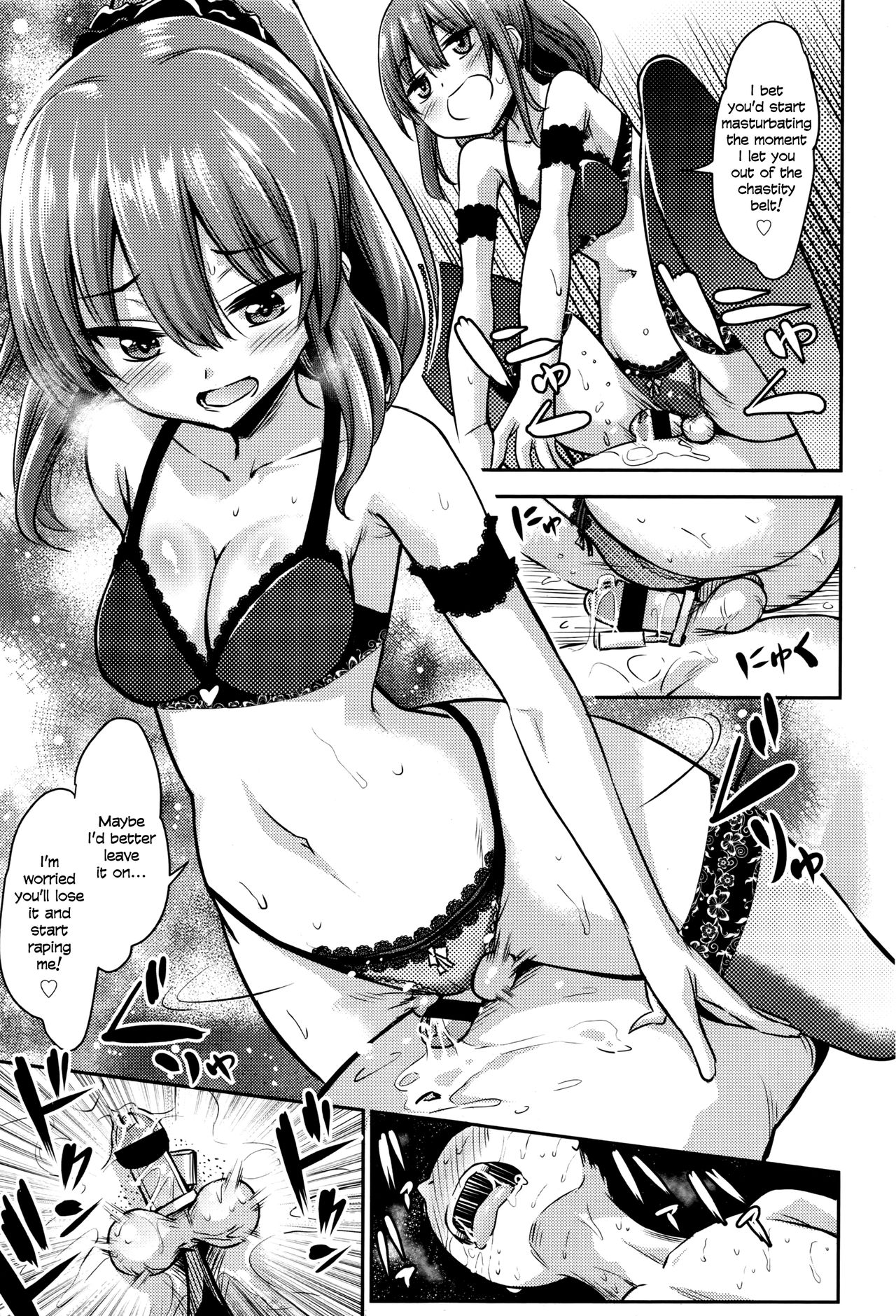 Sakura Shinohara just switched schools and is looking to meet some new friends. However, she is taking the opportunity to try something different… Orgasm Control! She begins by taking her sub into the library for some light teasing then immediately locking him in chastity. He is locked for two weeks then taken out for a brief touch from her in between cheerleading practice before he is locked up for the rest of the month. Throughout the month he begins to accept his place, starting to dress like his mistress in an attempt to appease her. Slowly he adapts and submits to his mistress’ will. For his good obedience, he is released at the end of the month to be toyed with. Whether he’s allowed to release or not is up for debate but the Sakura may have a plethora of plans before her new sub is able to feel that bliss.

Another great chastity story that ends in denial! 😀