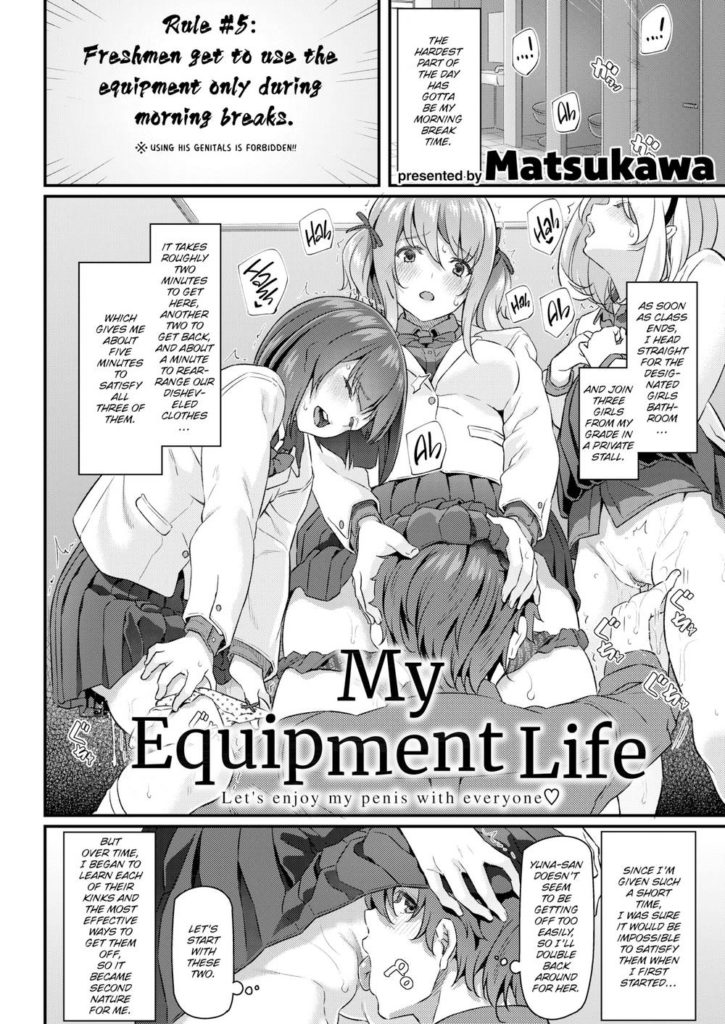 Yuuichi, a high school-aged boy decided to dedicate himself to the girl’s basketball club of his school. He volunteered as a new piece of ‘equipment’ for each of the members to train in. His usage is split by what grade each member of the club is in, freshman, second year, and senior. Freshman gets to use him the least, being the youngest of the group they are only allowed to use him during morning breaks and are not allowed to touch his genitals. Second years use him moderately during lunch break, a longer period for special sessions, and can use his genitals but with a condom only. Seniors, being the oldest, get to use Yuuichi at the end of the school day for however long they want with no restraint. By the end of the day, he has been fairly drained and lies, under a pile of seniors, only to start the circle of use all over again. And a public service announcement to the club, make sure to wipe your ‘equipment’ down before use the next day.