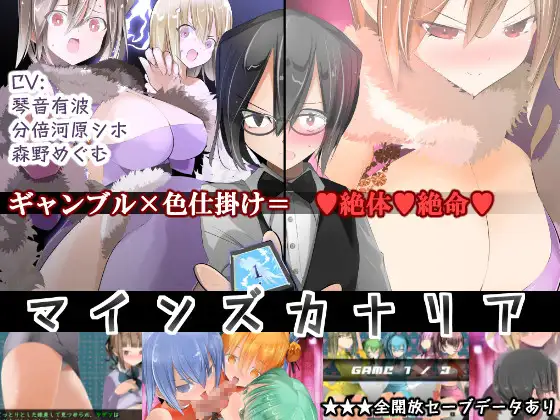 Our protagonist is interested in a card game called Mines Canary. It’s mainly dominated by women, very few men play it. However, it doesn’t faze him. He plays it anyway and plans on becoming the very best. The girls don’t like this one bit. So they decide to break his morale. The game is played with 4 players, but the other 3 are working against him! With his back against the wall, will he still be able to win?

who is the demon loli on the banner of this site ?

Came for the girls, stayed for the Mahjong

Man, I’ve gotta say… This is the worst excessm game by a lot.
The gameplay is just mahjong, which is ok I guess, but the h-animations are very recycled and lazy

Yeah, at first I thought it was just a little game excessm made on the sidelines, but it’s almost been a year since the last game, I really hope this isn’t all from excessm in this year. 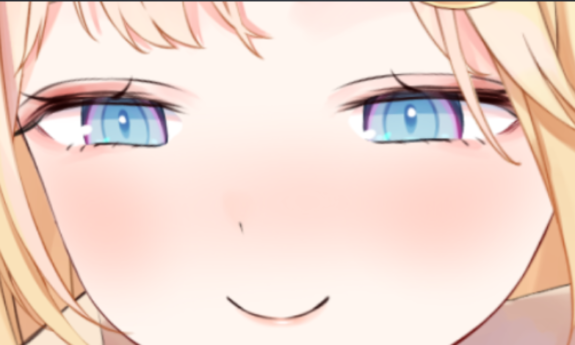 Yakuza couldn’t make me learn Mahjong, but I might just have to do it for this one.

Learning Mahjong Too
Reply to  Anon

Time to grind Yakuza mahjong to learn it for this

All those hours spent on Mahjong back on Windows 98 were not wasted! Also, is it normal for most opponents to appear… well, almost completely white? I have a few which appear normal, but most are… well, look at the image. 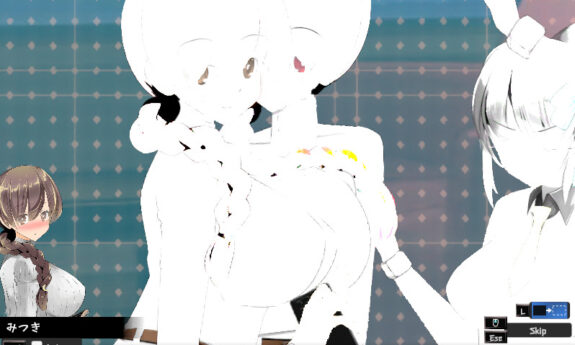 Jonny
Reply to  A visitor

Haha this happened to me too. Also happens with HAGOKORO. You need to run the game using a japanese system locale.

You might maybe need to redownload the game though.

A visitor
Reply to  Jonny

I already have Japanese system locale enabled (other games which require that run fine on my end); only this game from excessM is giving me this graphical glitch, earlier games from the same developer are displayed correctly on the same PC.

EDIT:
I suppose my only option now is trying an emulator.

Last edited 6 months ago by A visitor
1
Reply

Jonny
Reply to  A visitor

Huh now that you mention it you are right. I did change my system locale to japanese too and still have this visual bug. But running it with the Locale Emulator it magically works.

Sora
Reply to  A visitor

I had this problem too, I just run the game with the Japanese Locale Emulator and it suddenly worked fine.

yeah this game is def the worst excessM game, i think it’s because they tried to implement a make your own girl feature so all the animations are copy paste to every character and there’s no generic sex animation.

So, you play Mahjong and those sinister beauties use eroticism to defeat you. It took some time and patience to learn Mahjong, since you are dealing with a material translation, but it’s fun once you get the hang of it.

The game is pretty self explanatory even with the MTL translation. Try and get 3 pair colors of cards to score. Getting sequenced pair like 1 2 3 of color green, or same number like 1 1 1 of color green gives you bigger scores

Its really not that hard to figure out, or if you just wanna skip to the boobas you can just click the lil icon on the bottom left to do auto-battle and the game literally plays itself.

Heard they’ll be adding the general fuck sprite so that every enemy can fuck our protagonist and not just restricted to just using their designed sex act. Also they might add futa content too. Not sure when though

And they added the customizable options like the one in Hagakoro. Make custom scenes, custom girls, and in this one there’s even custom battle you can make. Buuut since the translation is kinda lanky understandably at the moment I’m unable to use this feature yet :p

Overal, game is gud. But if you like to enjoy it story wise, better wait for the proper translation.

This time not really a fan. It just lacks the action, the oomph their other games had like Parade Buster. Loved the addition of diy in Hagokoro, but seeing that bland menu UI being reused again for rather dull match 3 cards gameplay stings a little.

ehh I will wait for the full translation and retry but so far it is just not for me this time.

Man I love chess but don’t know shit about Majong. On one hand, gotta hand it to Excessm for doing something different, sadly that something involves a thing where I actually have to have skills in XD

How are you even supposed to win some encounters in dark gambling mode? Some scenarios are just “you lose, lmao” and no item or upgrade will save you.

There is always tactic or helping item with help u win 🙂

I don’t know how to play this card game. can somebody help me and explain the rule and how to win. thank you very much. this is a friendly request.

The game does tell you how to play some when you start a new game. 3 cards of the same color give you a set, and 3 sets and you win the round. The card you select each round is discarded to the middle (so either the card you draw or one already in your hand). Flow means you get to take a card someone else played, you must discard a different card. Once you have 2 3-card sets in your hand and 2 of the same color towards a 3rd set, if an opponent discards a card of the color you need for the 3rd set you can take it to win the round. You get more points if a set has 3 of the same number or a run like 1-2-3, 7-8-9 etc. That’s basically it, also can just use the auto play button.

Not their best work but not bad

Buy the game if you want more games like this in the future.

TheeSonus
Reply to  Quite Frankly

to you, i will quote myself from a different site that has roughly the same premise.

“I think the main argument here is that there’s a time and place for everything. If we’re talking about this from a moral standpoint, a website basically dedicated to piracy is really NOT the place to do it.
Do I understand the point you’re making? Yes.
Do I think that there’s any ground to stand on for it considering the site’s premise? No, not really.”

basically, point understood but not the place for it.

Is there a good location to get custom battles and characters made by the community? https://ci-en.dlsite.com/creator/1866/article/664468

Anyone notice some cgs are not on the events gallery? I checked every scene but i can’t find the double armpit scene.