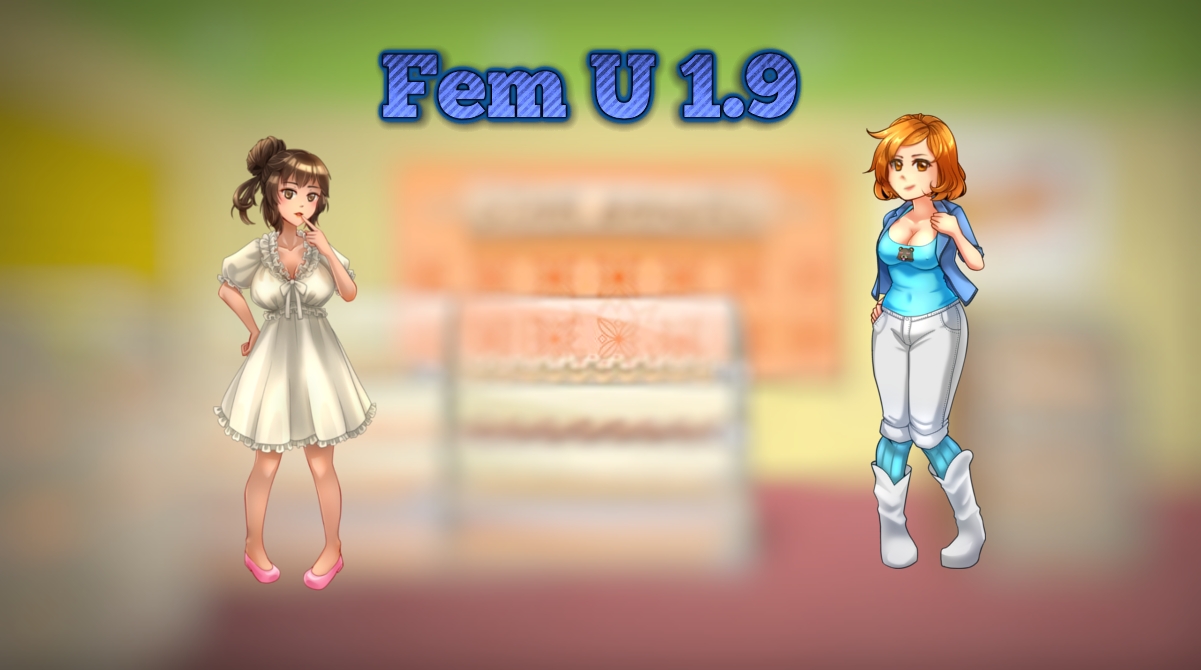 Relationships – At the moment, you can usually get enslaved instantly and enjoy your scenes just by talking to those you want. But this will get changed: In the future the characters will try to enslave you if you farm enough of their reputation (affection). It kinda worked with “Ronda affection”. I will do this with Vanilla and Elsie too. ( Hopefully next big update)

Player Customization: Probably gonna add a skincolor-changer at the start. I don’t have the resources to add a variety for the player-clothes. But maybe some accessoires (like the pink ribbon on the players add) and different clothing-colors maybe. Also I thought it would be cool to make a furniture-shop available… maybe.

Right when I start the game I cant get passed the first scene with mrs.flowers saying Not Again UGH

It is rar file, how to run the game?

Me Too. The setup with Queen is fine. I have extracted the file and functionally is fine until Mrs Flowers comes up and then nothing responds.

I found out how to get past Ms Flowers. Turns out after the initial setup the space bar proceeds the discussion. I think it might need to be full screen though as it only worked when I tried it on my PC and I have no idea how to change it to full screen on my laptop

To anyone interested, I seemed to find some sort of debug menu. If you press <9> in game, there’s some sort of teleportation function. <0> brings up a debug menu. I can’t really figure out either, though: just use the debug menu for free money and extra energy.

If someone wants to experiment with it further, feel free.

Found a breakdown of the debug menu at F95. Reposting here for convenience:


Still no info on the teleport menu.

In the newest update there is actually a girl named Hemdom that will recomend this site.

I have a question, I’m in the level where i have to bring Elsie the blue orb and I don’t know why but im in knees, I’ve to walk in knees and I cant stand up. Please what I’ve to do?

I think I figured this one out, try using the toilet in your dorm room

somehow, this game does not work right for me. I just keep going around with nothing happening except comversations with students..

Late response, but this game is still a work in progress and doesn’t offer very many features just yet. For the most part, having basic conversations with the females around the campus and world is really the most you can do. Monster girls exist outside of the campus that you can battle, and some of them have a little more content (like the goblin girls) in that they may keep you as a captured sex slave for the day if you lose. Zombie girls spawn at night and the cave system also has spider girls right now. Some NPCs offer more unique interactions in that you can become their slave, like the kitsune if you can locate her dojo, as well as a loli vampire named “Vanilla” who I believe is found in a giant castle that will house a future NPC, Bowsette. You can only have one mistress at a time, though, and they will of course make you do things for them. The girl across the stairs next door to your room in the dormitory will also enslave you and she offers giantess stuff for people who are into that. There’s quests you can do for some of the girls, like a horse lady, but it’s all basic right now. You can also go to class to upgrade skills. The Skull Girls also like to steal your money and there’s an NPC who owns an item shop who will let you work for her if you are low on cash. Beg to work for her when you don’t have enough energy for a unique interaction.

How do you spend talent points? I go tp the classes and then click esc and go to the talent tab, but nothing happens, no matter what I click?

You need to keep going to class enough to get a talent point (honestly it’s ridiculous how long it takes).

Sorry, the file you have requested does not exist.

WOOOHOO!! I was waiting for the update!!!

where do i get forest orb for elsie

you see the path that leads to the goblin camp? past the wooden spiked fence? there is an orb guarded by goblins (6 in the match). that is the forest orb. middle mouse to focus on an enemy to make it easer to circle them. dev is active on the f95 forum thread.

How do i win fights. Not able to even win one fight. Whatever i try end up losing nd now have reached level 2 from 10

How do i win fights. Not able to even win one fight

this update isn’t any different from the previous one, don’t bother.

This game has some great content which is often tricky to find, the world is just a little bit too sprawling from the start. It’s also got too much breadth for the lack of depth in its gameplay, although I say that kindly – it’s *very* broad and like I said does have nice content, it’s just that I’d personally trade that huge world and moderate variety of enemies for some more “game-like” interaction and progression. Perhaps if the hub world were smaller and themed linear paths were used more?

My character model has an enlarged stomach, what do?

I’m stuck in ray mission what i need to do after that?

Both links are broken

file has been deleted!!!

FYI the game is at version 2.11 by now, so you may wanna look elsewhere anyway. well, unless hemdom decides to update here ofc.