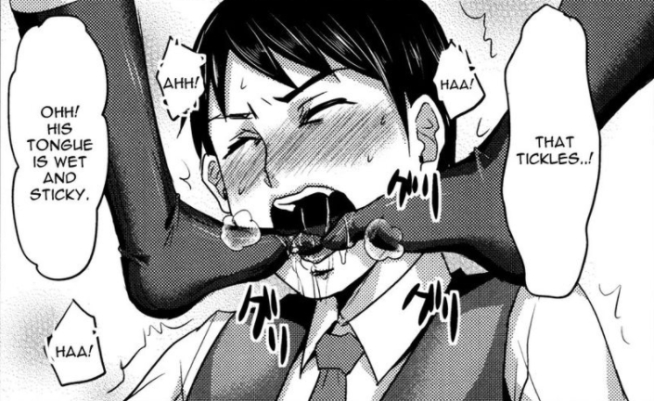 In this school, being class president is seen as a great achievement. They are given a lot of praise, respect and power. Our protagonist has always dream of being one! He works hard everyday to win the hearts of his classmates and the election. However, a recently transferred schoolgirl named Miki stole his votes with ease. He loses the election and even worse, he becomes the vice president. Like all vice presidents, they end up doing most of the work while the president does nothing.

Rightfully so, he is fed up! The next election is coming and decides that the only way to beat her is to blackmail her! While a club meeting is going on, he sneaks out and go through her stuff. There has to be something that would get her in big trouble right? Well… he ends up getting caught on camera with her black leggings. Looks like the tables have turned! From now on, he will have to do everything she says. Luckily for us, it involves a lot of female domination with her friends!

Awesome, more of this kind please!

Holy shit. Most of the time I skip on manga, as it’s just not my type, but this is an exception. I’m so glad I checked this out. Amazing stuff.