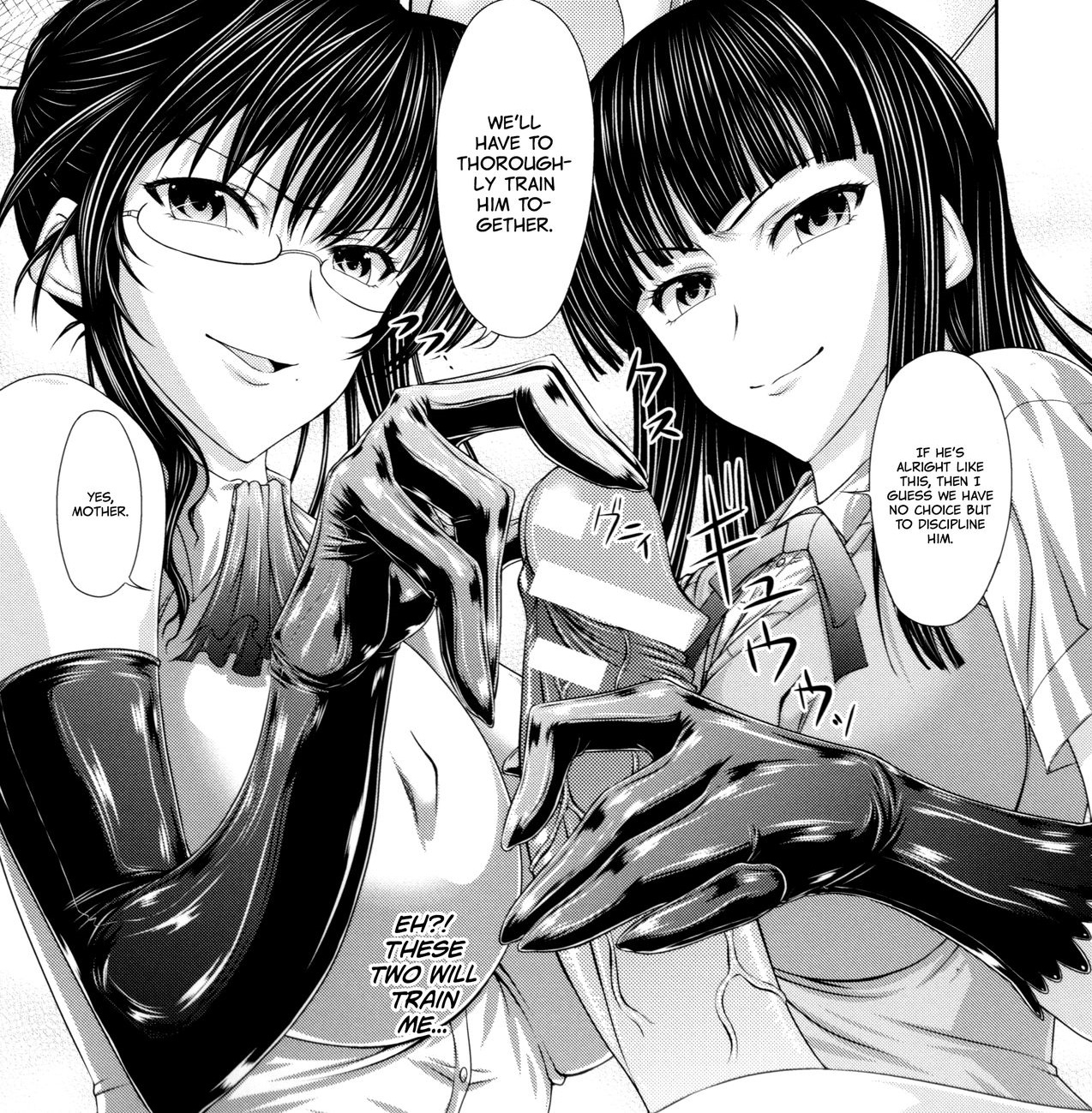 Poor Makoto-kun- he’s just trying his best to provide a tour of his school to the Head of the Parent-Teacher Association since his senpai, Kiyaka, has some errands to do. Unfortunately for him, the Head is a severe, beautiful and extremely curvy woman with a no-nonsense attitude. Makoto quickly becomes distracted by her long latex gloves that go all the way to her elbows, and this doesn’t go unnoticed!

Feeling peeved, the Head drags Makoto to the Student Council Room to discipline him for zoning out during the school tour in her own special way. Little does he know, the Head also happens to be Kiyaka-senpai’s mother! As if being punished by a Mistress wasn’t enough, soon Kiyoko will enter the Student Council Room and join her mother in Makoto’s discipline session. Looks like this is going to be a lesson that he will never forget!