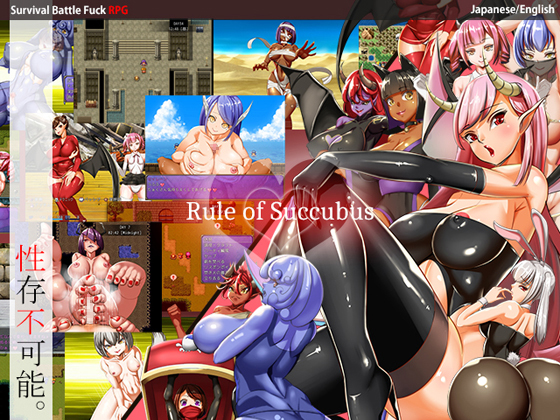 Type: Game
Genre: Monster Girl, Fighting, Reverse Rape
Language: Japanese and ENGLISH ohhh yea
The Island of Eden is a legendary island that is not on any map. A ship carrying many men sail to the island on which all desires shall be fulfilled. However, the ship is wrecked and the protagonist is drifted on an isolated island. Later it turns out that the island is ruled by succubi! His mission is to escape from this strange place. To do so, He has to secure food and shelter, fight with the succubi in a battle fuck style and sometimes have them on your side!
Download
Mirror Link
Click to rate this post!
[Total: 10 Average: 4]
Subscribe
Login
7 Comments
Most Voted
Newest Oldest
Inline Feedbacks
View all comments

The link leads to other game

Is this same game as “Reign of Succubus”?

The reason why nothing happened when you pressed download is because you don’t have a torrent client. Without a torrent client, you won’t be able to open magnet links. More info can be found here: https://www.hemdomblog.com/video-game-troubleshoot

Is because Reign and Rule is same game

is there a way to enlarge the game screen?