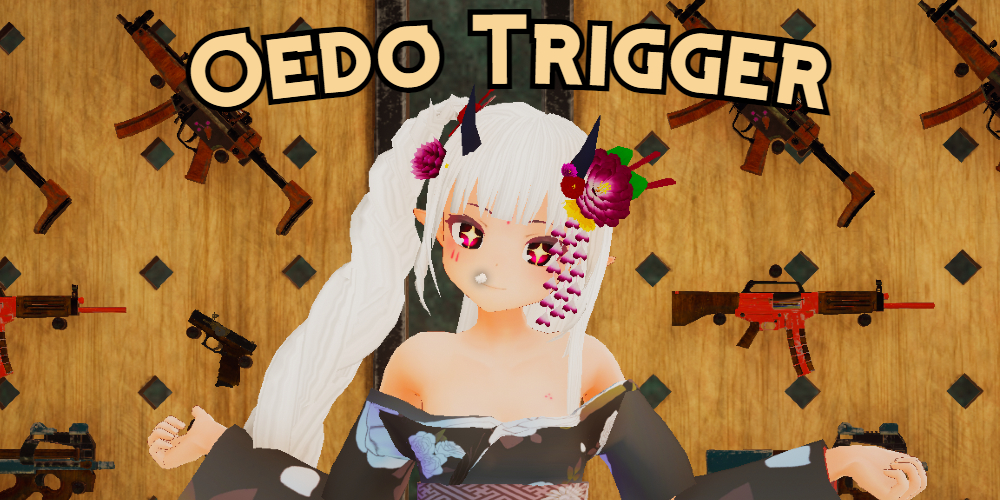 Hype, harem trigger was a really well-made unique game, looking forward to this one!

I’m here to fuck pussy and chew bubblegum and I’m all out of gum.

1st game was great, looking forward to this

Thats literally Gal*Gun but with a AK-47
Nice

This will make for great practice in my FPS Training!

How to unlock the gallery mode?

Good one. Harem Trigger was alright. But I am interested in seeing how they improve their animation with this one.

Hope in the next uppdates that we wil have cowgirl of reverse position when grab.

So much hype for this game, Harem Trigger was such a great game, I can’t wait for the full version!

do the cutscenes skip for all of you too?

Change the language to Japanese in settings

Finally got around to playing this just yesterday. (yes I’m aware I’m late, however unfortunately I do not care.)
There’s an English translation in the game if you go into the options, but fair warning there’s no cutscenes or tutorial dialogue bubbles for it yet. So, don’t use it if you care about the story, or if you haven’t played Harem Trigger.
Crack open “save.otr” in notepad to get money and souls. 99 souls is more than enough to get all the weapons and such, and you’re (relatively) free to spam out upgrades afterwards if you’d like. Just don’t forget to set your money stupidly high like 999999. Also, be sure to buy the first Seal upgrade and re-open the shop afterwards since it has some bonuses you can get (extra life, bigger or smaller chests, different outfits, etc.)

So far, animations I know of:

I THINK there’s a second boob smother but not sure. Also for some reason I’ve been unable to activate the two girl grab again but I know there’s one in the game. There might also be a three girl grab, but never seen it.

Let’s be honest:
Harem Trigger had really boring gameplay and mediocre to poor animations.
This seems much more promising, but we’ll need to see where it goes.

tangent aside I think this game is super promising and I can’t wait for the complete release!

holy hell is it just me or is this game poorly optimized? changing graphical settings doesn’t make a lick of difference, neither does screen resolution, it’s not even using that many resources from my PC too.

Why are you being mean

How do you get souls? (purple value for the shop)

if you open your save file as a text document you can change the value there. No other way atm.

Thank you for this! Very easy to edit the save.otr in notepad++ or something, just change the HaveSoul value for anyone who wants some.

Also for anyone curious, “big tits + 5” is absolutely comical.

That would make a good plot.