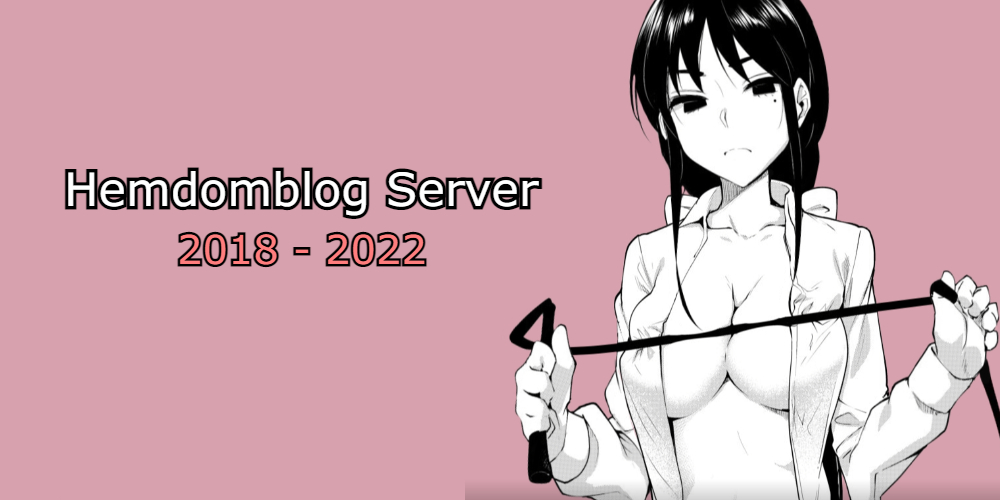 Shortly after, they transferred server ownership to his hacker friends and banned users that had moderation access. Everyone who thought they were suspicious was banned as well.

They ended up deleting the server once they had their fun.

By the time I figured out I got hacked, it was already too late. The hackers switched my email to my account, so I can’t even reset the password anymore. As of this blog post, I still don’t have access to my discord account.

The hackers were not able to gain access to my other accounts or the blog. I’ve reset the passwords just to be safe, but they were different from what I use on Discord. What I say on Reddit and Twitter is the real me. As long as I’m not speaking in Russian or talking about NFTs, you can believe me.

All of my private discord servers were not touched by the hackers. One of those private servers was a backup of the hemdom server, which preserved all of the channels and roles.

I’ve reached out to discord support, and they’re in the process of getting my account back. Once I gain access, I will invite you all to my backup server.

Discord support will take a while to recover the account… So in the meantime, I’ve made an alternative account:

Please do not trust any other account other than this one until further notice.

Hope everything recovers as it sucks to see that happen

Das
Reply to  Someone

I gotta say, proud of everyone in discord who was there and instantly downvoted this degenerates NFT post. We had 500 downvote reactions in less than 30 seconds. Amazing!

Jesus, didn’t know the discord had THAT many people to instantly downvote to 500 within half a minute…

you underestimate the power of fine coomers and @everyone pings.

as somebody who was being active on the discord server almost every day over the past few years, it is incredibly sad for me to see all the history of this great community vanish like this, just because some extra-stinky-poop-people decided to let out their bad personalities for some stupid bs.

the people are gonna stick together though and i look forward to us all being kinky together again whenever the back-up comes to the rescue. and to all the amazing people i met through this community: thank you for the good times, i look forward to hanging out with y’all in the future 🙂

Kenny The Gigachad
Reply to  blue

blue
Reply to  Kenny The Gigachad

you should join the discord server whenever it’s rebuilt and DM me then. i’ll give you some nice asuka pics <3

hey blue, what’s your discord user if you don’t mind me asking?

join the server and find me!

Well it was clearly personal since the guy made a (trashy) website similar to this one, war has begun, and he will lose.

What website are you referring to? I’ve never seen it before…

Why are Russians always the biggest pieces of shit on the internet?

me when
Reply to  FuckRussians

you look at what’s going on in ukraine, you’d see that they’re also the biggest pieces of shit in the real world too

Succubus Hunter
Reply to  me when

This is so true. Fuck Putin and any piece of sh*t who fights for his dirty “War”.

A friendly reminder that it was the Ukraine that started this war back in 2014. I don’t want to bring politics into this, but it does pain my heart when Westerners don’t consider Donbass people for human beings. (I’m a privileged Western Ukrainian though, lmao.)

I understand you, but it kind of pains me seeing people talking shit about me and other people from my country.
Most russians aren’t bad, it’s just that for some reason after the war people start saying russians are pieces of shit, even though it’s just the government.
Gotta agree with the NFT sellers being assholes tho, they totally deserve that hate

That’s the problem. You all think that you can’t change anything in your country and just passivly watch how your goverment act like piece of shit. Why the fuck you all are so passive and trying to say that it’s all goverment it’s not people?

There have been citizen protests in Russia, even early on in the Ukraine conflict. There ARE Russians who are trying to do something about it, it’s just that it’s not enough to stop their government. that’s not to mention the serious human rights violations bad people in power are willing to commit against the good people who try to stop them. Not everyone has the courage to risk their lives and fight a monster like that and it’s unfair to direct your anger at these people with very little power. If you actually want to do something about the situation instead of just preaching a “holier than thou” attitude, then actually get up and do something to help the movement against the wrongs done by their government gain traction. Point your anger against the perpetrators who deserve the hate. Spread the word and connect the people who are willing to take a stand. Verbally assaulting a random Russian on the internet who clearly doesn’t like what’s happening is not gonna motivate them into action. That’s just being an ass.

“Good” = doing nothing when Donbass people are dying? Comically traitorous to your own people. But don’t get upset – Russian nationalists hate Putin even more so than the pro-Western folks do. Russia is losing this war, and the Donbass people will get genocided, as my Ukrainian brethren so eagerly desire.

Hope you get your acc back soon… fingers crossed 🙂

Ya that was a wild few hours when they were dismantling your server, as you might guess the community was very angry at them. Glad to hear there’s a backup!! 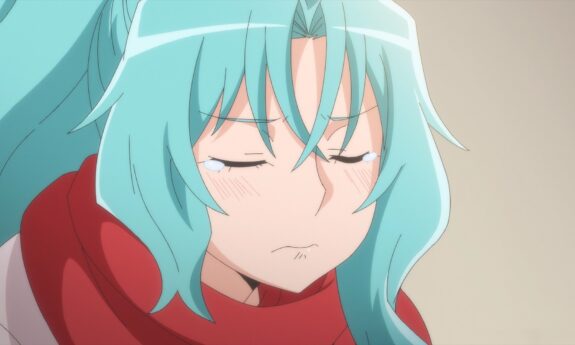 asdsaddsadsaddsda
Reply to  Ri I

Really makes your blood boil when something like this happens to a favorite person/site you hold dearly. At least it was only a community server than any private information like your bank accounts. Thoughts from all of us going out to you man! 👍

That sucks, mate. Even not being in the Discord server, it’s very sad to see people destroying all efforts of nice people. Hope everything goes well in the future.

Imagine being so much of an antisocial loser that you’re not on Discord.

Or you probably were, but you spammed the N word and now you don’t use Discord because you got booted off for being a mong.

wow who kicked YOUR dog?

To be fair, asdf has described me perfectly. I will openly admit that opening Discord is usually psychologically-draining for me, and at the same time, I hold quite inappropriate views, a mix of racism and Communism. So yes, people such as myself do exist!

This is why you use two-factor authentication on everything.

You say that like it can’t be bypassed (it can)

Thanks Sherlock, there’s no such thing as perfect security. Doesn’t mean it won’t help. Going from just a password to 2FA is a huge leap in safety.

Actually fuck that corporation propaganda for collecting our phone numbers, a sufficiently complex password changed every month should be enough on the user’s end. Just because they use some shitty API or something that can be hijacked, it’s not my password.

In 10 years they will sell you the idea that your fingerprint is a huge leap in safety, instead of fixing their dogshit systems.

While I fully agree that SMS based 2FA is trash, and at this point just a data collection mechanism, proper TOTP based 2FA is supported by Discord and most sites (They will generally list it as “Google Authenticator”, but that app is not needed.)

I suggest taking a look at KeepassXC and FreeOTP+ the former being a FOSS password manager that can store TOTP info, and the latter being a FOSS android app for TOTP.

(Source: I work in infosec.)

Ok you got my upvote, I just dont use smartphones for years so totally forgot about TOTP even though I used it on desktop earlier. Thanks for the good info.

Also as a cybersecurity comrade, I can confirm this is true. It’s all about increase the difficulty for bad guys to success, 2FA will needs extra efforts to crack and for most hackers it’s just simply not worth it

MFA’s great but it’s only really effective against denying attackers the ability to bruteforce / cred stuff which, tbf, is a lot of hacking now a days. If HemdomBlog just opened a malicious game it really wouldn’t help as the hackers would’ve had access to the discord account token, and thus the account

Wow thats really shitty, I havent been on the discord but yikes. I’m glad they didnt access any of your banking/personal info though!

While I personally loathe public Discords (and 95% of the people that use them), that does suck. It’s good to hear the community at least rejected the NFT garbage.

Godspeed getting everything up and running again.

Fucking russians ruining everything for everyone everywhere

The funny thing is that a Russian will never say similar words about America – unless he’s some idealist in the know. But it’s so natural for a common Westerner such as yourself to be racist (or, to be more precise, chauvinist).

I watched south park and still don’t understand NFT’s. something about owning a digital item that isn’t real? but it’s worth money and that item is unique? is that somewhat right?

NFTs are just scams. basically, you don’t actually own the image but a link to it.

Legally speaking, you can’t actually “own” a link so they don’t even have legal ownership over that either. The art isn’t even under copyright most of the time as it’s computer generated and as such doesn’t fit the bill for what’s considered copyright-able

I learned something today.

This makes NFTs an even bigger scam than I already thought.

It’s probably easiest to think of it as owning the “rights” to the image, or the “original copy” of the image, even though yes, anyone can just download it at anytime.

As the other poster mentioned, they’re just the latest scam/hype-based ponzi scheme to come out of the crypto market.

I hope everything ends well and you can get it all back soon.

Damn, Discord support seems as utterly worthless as reddit support, or any other large company support.