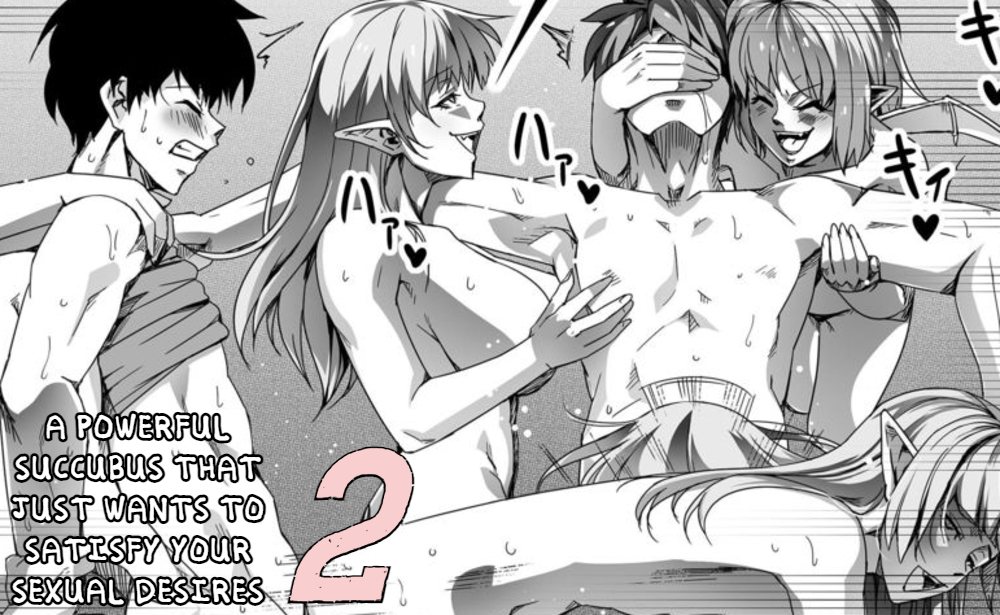 A horde of succubi suddenly appeared in a peaceful town. The center of the horde has been classified as a superior ranking species. A strong magician who happened to be in the town tried to protect them but was easily defeated. This is a continuation of the first doujin and showcases the village’s defeat.

The succubi scavange the village for their prey. Everyone is hoping for reinforcements to come save them, but there is no hero in this story. Instead, it switches between various characters, showing how they were completely dominated.

If you like futa-on-girl, you’ll love this! I was personally a bit disappointed on the small number of fellas being overpowered, but can’t argue with those succubus mid-bang-grins. 🙂

Not what I ask for but I enjoyed it. I really wanted virtual succubus 21r3 for android. My birthday is next month. Thx for the manga.

A little fun fact, in ancient succubus lore, humans were said to be easier to prey upon on their birthdays. have fun with that 🙂