I haven’t got a chance to see everything, cause this game is so damn hard! It’s a grind-heavy game, requiring you to stock up on items and level up your gear in order to survive. I really enjoy the mechanics of the game. I wouldn’t even say that it needs sex scenes to be a good game, it’s almost like an added bonus!

Version 0.44 Update: The last time this was updated (on the blog) was December of 2019… The version that was here previously was 0.9, which is a huge jump. A LOT of content has been added since then, too much for a detailed list. Just know that there are a bunch of new enemies, floors, bosses, items and weapons. Various balance changes were made as well, to ensure gameplay is fun. 🙂

NOTE: It might start in Japanese. Go into the settings and change the language to English.

Top tier game
H-Scenes are top-notch animated with peak voice over
The bgm not some default RPG maker stuff and does not violate my ears, actually pleasant
Story, Setting, World building very intriguing so far
And the gameplay is chef‘s kiss on top of all, highly advanced Pokemon Mystery Dungeon stuff, bit grind heavy like Hemdom says but not at all boring or broken like other H-Games
Getting past the first boss felt like an actual rewarding accomplishment
So yeah good nut, would recommend, 10/10
Gonna support the developers now

Is there a gallery or does someone have a full save?

There’s a gallery in the church, but you have to kill the enemies to unlock them.

Play the game, it’s actually really good, and not that hard once you figure it out. Make good weapons with good material, max out their enhancements, level up. Unequip your weapons before they break and you can throw them for an emergency option. Don’t be afraid to use the Cursed Sword in a bad situation, it does less erosion than a knockdown, and remember you can use skills to move around faster. Haste potions and Soul Drops are really useful, hoard them, and the Vampiress drops materials for a pretty busted weapon.

In the time it took for you to write me a guide I didn’t ask for, you could’ve just posted a save. I do not care about the game or it’s mechanics.

Chill out my dude, he could have just not taken the time to help you at all. With an attitude like that users with saves are probably going to keep them to themselves now smh.

Huh? I’m totally calm. I don’t want to play the game and would like to view the scenes. Is that so insane?

Your request is not insane, but your attitude and rudeness which you’re ignorant of isn’t going to get you anywhere

Okay, let me frame it this way. A friend of yours from out of town visits your home city. He’s hungry and asks if you know any good restaurants in town. Of course you do, but you are of the opinion that your friend should really experience the joy of making pasta by hand, so instead of simply recommending him a good restaurant, you decide to link him a recipe which explains how he could simply spend several hours making the dish by himself. You then get upset when he points out that’s not at all what he asked for. What a dick your friend must be, right? How dare he spurn your helpful and wizened advice.

Totally out of context. Playing a game isn’t close to the same as making pasta.

You’re getting downvoted but I just headed over there and got it. I’d say you’ve been significantly more helpful than some of the other people in this thread so thanks lmao

Don’t worry about his downvote, I just gave you an upvote to counter it. It’s almost like his vote doesn’t matter XD

I am just about to finish Succbus Cage. If this game is half as good as it is I suggest giving it a a try 🙂

So here’s what I gathered:

The order of the combination doesn’t matter and special combinations give better weapons. (Especially throwing in a Crystal)

Girls sometimes drop an item so you can forge their weapon.
(Vampire-Girl’s weapon is op)

Movement-skill/potions are op and should be hoarded.

Please correct me if I’m wrong on something.
Great Game btw.

Okay! I love this game but one of a big problem the first boss i tried 10 times still not defeated him HELP…

Lighting dmg is the key

Okay wil do that thanx

A weapon that has a good movement skill can save your bacon, too. Bring haste potions and soul drops if you can!

How do you save the game?

Saves automatically whenever you die in a dungeon, make sure to die quick before closing the game.

Whereabouts in the church? cause the only books I can see aren’t doing anything when I try interacting with them.

still need any save game with full gallery

I appreciate any help

Any ideas on how to lower erosion?

You can’t atm, it will continue increasing till you die, however you can talk to the girl afterwards to lower the erosion rate in exchange for soul, which will help you survive longer, right now I reckon it’s pretty fast to fill to stunt your progress since the game is still pretty dang early in the making and there’s not much in it in the current version.

There is an item now. It’s called “Soul Drop”. Consume it, and the erosion will go down.

The game works fine on everything except it never shows the h-scenes? I had the same issue with the old download from 2019. Is there something I’m missing here? And yes I have NSFW content switched on in the settings. I noticed in the old post someone else commented bringing up the same problem, idk how to fix it.

this is a very good game. Although the bosses can be hard.

Good game. Althought I think that they need to lower the difficult a little bit, at least for the bosses. Those crystals that spawn enemys in just 2 or 4 turn in a row is rage inducing.

downloaded the game adn beat the boss same night ,Brake the crystals asap, use weapons with jumping atttack abilities to avoid the bossess damage and a handful of soul drops will be useful as well, he is tough but if you make the effort when fighting him you will win.

Wow what an amazing game, I was wondering, can we go back to the safe zone voluntarily or is it only by dying?

You can go back to the safe zone at the end of the dungeon (every 4 floors).

There is a bell on a stick you can interact with. 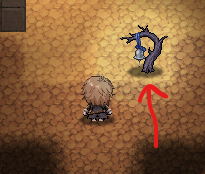 I actually found that right after making my comment lmao, thank you! I genuinely haven’t had this much fun with an h-game before, ty so much for sharing it, I am definitely going to be supporting the creators.

I like this game. Scenes are great and gameplay is compelling, quite original and different from other games, but I found it extremely punishing and that made me quit in the second boss.

This last time I went with 12 SOULD DROP items and all posible stats maxed except soul keeper, and I don’t think I played carelessly, and even so, I was not able to beat the giant monster of the forest. The most frustrating thing is that I didn’t know how close I was to beat it 🙁

I don’t want to trash this game bevause it’s actually really good and you can tell the developers put a lot of effort on it, but I do think is quite unbalanced and that is frustating af. Hope this great game gets an update softening that peak, because it seems like you don’t have a choice and feels unfair 🙁

It has a LOT of health… use the explosives that keep spawning, If you can, bring a Frozen Kiss weapon (craft vampiress rare material)… it has lifesteal and it’s amazing.

The gameplay is solid, the sound effects are spot on and the artwork and animations are smooth and and of high quality. The story itself is very unique with a dark souls-ish theme that actually makes you want to know more. For the very few people that purchased one way heroics, gameplay feels VERY similar with weapon durability and trying to hold onto your good ones to stash for when you want to go further than you’ve gone before. (check that game out on steam its about 3 USD and I’ve sunk over 500 hours between that and the plus version)

Biggest complaint, is probably along with everyone else, the inventory management can get to be a nightmare very quickly. Your storage is a meager 20 slots and that feels very lacking. 20 feels like a base amount, and should be be able to be upgraded with souls/materials or something more.

Overall when this game does come out on steam fully, i do plan to buy it.

P.S. For those stuck on the 2nd boss/area remember that throwing items at enemies is very OP… that vampire girl being a pain the ass, throw a light crystal at her and 1 shot her. The 2nd boss you should be throwing crap at enemies not in melee range nearly every turn to reduce the damage you suffer.

P.P.S. After clearing that 2nd boss there will be a shopkeeper of sorts, you can refresh the free items on the ground as well as the shops inventory by going into endless, and promptly losing as fast as you can. An easy way to cheese up some items if you are struggling.

you forgot about health potion

Big update dropped today if anyone is to update the download link:
i believe it is demo version 0.61b

*Plays Holding out for a Hero*