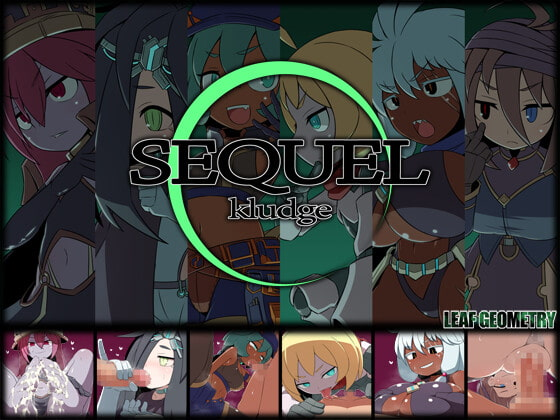 found this one! seems to be working
mega . nz/file/WzgQUYyC#N8EAvZUUgJs1NUuXVaiF-QipqbbiRvKisTsfsuMEZJk
(remove spaces around the .)

Very excited to see another SEQUEL game, but I think I’ll wait for a fan translation. I’d rather have a good translation in due time than a vaguely legible one now. In the meantime, guess I’ll just play SEQUEL colony again. 😛

its not futanari it’s trap

i am here for the L O R E that is this masterpiece!

and thank you for the upload hemdom!
o7

Like all Leaf Geometry RPGs, there is no futanari in the game, it’s yaoi (trap/femboy on male). They always make it very clear and easy to avoid, but anyone hoping for a hermaphrodite is going to be disappointed.

The
Reply to  Anon

I legit see you everywhere

Anonymous
Reply to  The

I hear he makes thousands of posts per second on 4chan. No idea how he does it.

The
Reply to  The

I legit see you everywhere

is the MT actually good?

by mt I mean machine translated, reply to this comment so I can get a notification

Aside from the dialogues everything else isn’t translated.
Menu, Names, Scenarios, everything is still in japanese.

Like with the other Sequel games, Sub-par (which may I add, is a very ironic nickname considering the great quality of his translations) is working on the translation at the moment. He’s translated all the past Sequel games.

This game was only recently released. It’s really already translated to english? 😮

and i have another error: unable to find file audio/SE/Switch2

how to swap from Japanese to English dialogue?
never mind im dumb

It says for me RTP is required to run the game… what’s RTP?

Aye us this lose in be raped or like battle fuck mechanics like ugh shrift if tot ?????

pengu22
Reply to  Answer me child

The
Reply to  Billy

Billy
Reply to  The

Why the downvotes? WE CAME FOR THE SEX HEHE BOII

Man I’m sorry but this is a sequel game. This is in another league.