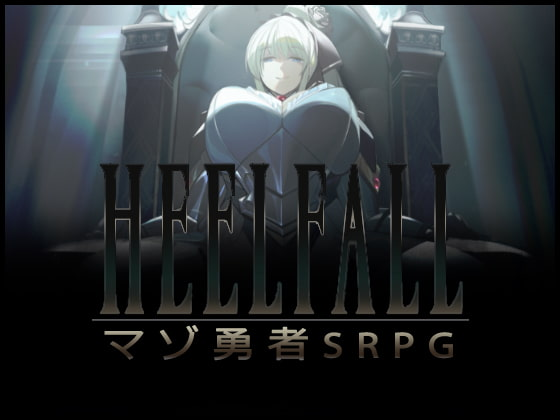 You are a young rebel hero, fighting to defeat the empire of sadistic women that controls the continent. During a mission, the captain of your squad is captured by the empire’s vicious Princess. To rescue him, must face the empire’s most fearsome soldiers… However, the soldiers also have plans. To defeat, humiliate, degrade, and enslave any boy who disobeys the empire! Can you overcome these sadistic women and save your friend? Or will you fall under their dominating heels?

for anyone wo likes the gameplay in general, but finds Heelfall lacking and frustrating:
try Succubus Senki, it is (at least imo) way better and also has more lewd content (no generic enemies)

For those doing normal difficulty and having some problems early on, here are a few pointers that you may have held ctrl and skipped right on by.

Your main hero is quite important as you can pool items from him and anyone else next to him with the convoy skill. This lets you be able to re-equip weapons that break in the middle of the fight. Also movement range is generally very important as it will let you get the 1st strike on many enemies or get you into a position that has a def perk (+10-30 avo, that im assuming is enhanced dodge rate.) You do have reduced movement in trees, but so do most enemies.

On normal mode you can run into some frustration if you push content fairly quickly as you might get yourself stuck in the prison break map. You can do less quests to work yourself out of the hole, but can feel overwhelming/annoying until you level up your team a bit.

All unit upgrades can be gotten from repeat quests, upgrade basic classes to advanced jobs at level 10+ with a reset of that characters level back to 1.
The archer upgrade can be found in the ruins square on the archer escort quest “terror gorge”.
You can get both a tactician (spearman) and berserk (axeman) upgrade item from the mission where you rescue warren and fight the chick that rides the boat in the quest, “Taxes and Death,” that are found in the bottom left (warren can swim across the water due to his perk that he even keeps after upgrading to elite even when it seems to vanish) and the berserk emblem is located on the small chest in the 1 boat facing a different direction than the fort you are trying to capture.
For the swordsman upgrades(warrior crest) i found it easiest to just re-select chapter 1 when you get access to chapter select, and pick the house southeast of where you spawn.

If you see a npc that isn’t a generic npc(green), it means, if you can keep them alive and talk to them, they will most likely be a character that will join your party

If on of the enemy women do a taunt or heart move that doesn’t captivate your characters, you generally want to flee out of the range of the enemy character as she will usually 1 shot anyone still in your walking range the next turn.

Lastly, is your stats (apart from health) appear to cap at 30, so dumping +2 str rings on the same character over and over will turn out to be a waste, i haven’t tested the upper limits of movement as i found any character with 10 or move to be overkill. (Highest I’ve tested in 12 on the main character) But having all characters with 5-6 movement makes the game dramatically easier, but getting them there is a good grind, and speaking of grinding, i’ve found the quest, “the crownless,” to the the fastest way to get some money built up, making a little over 12000 a run that usually takes 1-2 minutes to clear just letting the 1 enemy go on her rampage then finishing her off when her skill wears off.

Thank you for posting your advice here. I will be referring back to this the next time I play Heelfall.

Gonna be honest, didn’t get too far before this one lost my interest, and I’m a huge fire emblem fan.
The reinforcements in the first optional quest are, or at least, seem infinite. If you think they’ll end and you can get some levels, then purge the thought. I ended up getting my weapons broken and, finding out for some reason you can retreat back to chapter 1 when my weaponless units got trapped on the bridge. And without weapons, chapter 1 is impossible to beat. So that was fun.
The next optional quest I did featured a campy boss with a 1-2 weapon, who did its best to camp along the water away from your units and throw their axe at you. Even after killing them, for some ungodly reason, they have a second phase on the land that I wasn’t prepared for. What I also wasn’t prepared for was during certain turns, if a unit is next to the boss (IE: Attacking them), they’ll be instant killed. The boss uses an axe, and at this point my only sword unit was the MC. MC got insta’d, and none of the other three could hope to beat the boss with that huge stat difference, even on a fort. That’s about when I decided the game wasn’t really that fun.

Eh. None of what I described was “skill”, but trial and error. And if that’s my first impression of a game, sorry but you lost me.

Oh, spare us. You call poorly-implemented infinite reinforcement(I assume this is meant to guarantee you lose-but a cutscene would have done this better) or an instant-kill attack boss within the first few levels a ‘skill-based mechanic’?

Not all of us are actually Masochists.

“Not all of us are masochists”? *Looks at website name* Are you sure about that? 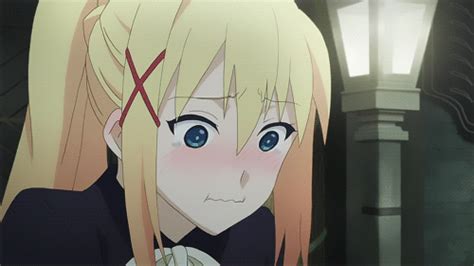 Some of this game is trail and error. Someone really needs to make a players guide for Heelfall like they did for Tower of Trample. I have been having fun with Heelfall but I would enjoy it even more if I could utilize it’s mechanics to the fullest.

Ha, I’ve found this one before you! This time the student has defeated the master!

I have never played this kind of stradegy game before but Heelfall has been a great inrtoduction for me. I am still figuring out the mechanics but this game has already succeeded at the the most important part of a game, being fun to play. Also, I’m not going to lie, I have lost on purpose more than a few times just to watch my team get dominated by Charlotte’s sexy forces.

You are not the first person to suggest that game. I keep seeing there seems to be a lot of overlap between fans of the Bodaverse and Succubus Senki. About how long does it take to 100 percent it?

Anywhere from four to eight hours depending on what difficulty you play and how many of the endings you try to get, also the post-game content is not fully translated but a professional has been working on it and should be done in a few weeks

Thank you very much. That does not sound too daunting and a few weeks is not too long of a wait. Thank you for your quick response to my post.

Where is the hypnosis in this? ;-;

Hypnosis I part of the epilogue but there are some light brainwashing parts through the different villainesses, namely the innkeeper and the merchant.

2D side scroller. If you like this gameplay, I suggest giving Super Metroid a try. It is considered one of the best videogames ever made.

My mistake, I thought I was posting on the Super Monsters N Girls Thread.

As for the game, this is a tactical fantasy RPG. Similar games to this would be the Fire Emblem series.

Which version are you playing?

If you move your cursor over the game it should tell you which version you have. Your problem might be solvable simply by downloading a later version.

is ch5 the last one? is there any way to pass it?

What type of game engine is this? I want to see if there’s an Android emulator for it like there is for rpgmaker games

blehhhh Bo wei. His stuff always manages to find a way to disappoint.

How was this a disappointment? His content is good and this game was completed. It has been downloaded hundreds of times for the equililant of $17.00 a pop on the Chinese DLSite.

Aww I wish I didn’t have to use that horrible gameplay, I would have preferred turn based. Oh well 🙁

how do you get to the scene with the black market dealer?

Not fan of the art as well Dose offer you any thing “Woth sticking around” Unless you like abuse with no reward given the art work by this guy.

But it does offer abuse by sexy women? *Download*