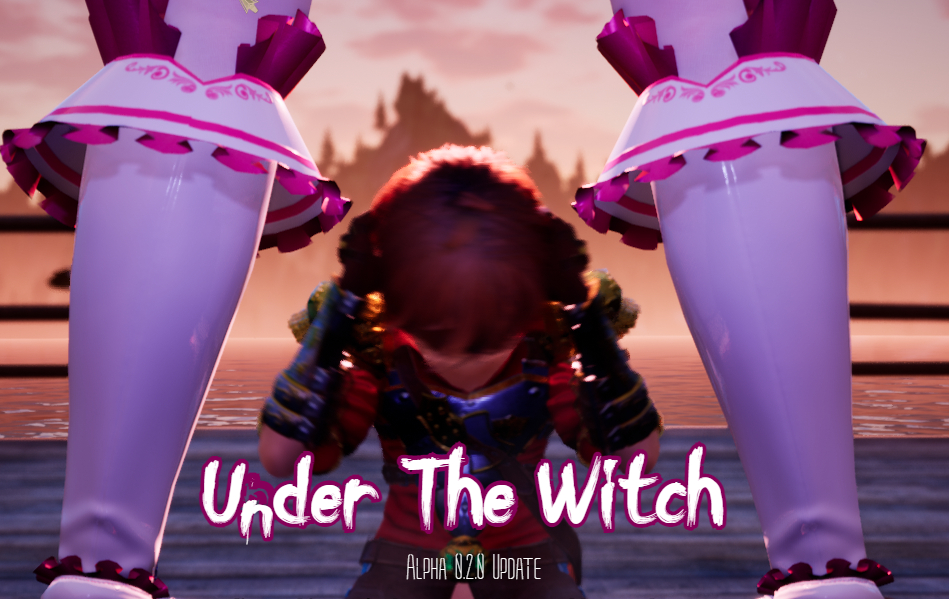 The developers of this game have been pretty quiet… working in the shadows since their last release. What have they been up to? Is this new release any good? Well let me tell you my friends, ITS REALLY GOOD!

It’s not just a battle between the witch anymore. This update focuses on another character, and it’s your older sister. Both of you have the same goal, to defeat the witch that roams in the forest. However, your sister is sick and tired of you acting all high and mighty! A duel will take place… hopefully you make it out alive!

*This update mainly focuses on the new character. The previous version focuses on the witch. I recommend playing both games as they have their own exclusive content*

The game starts in Japanese but can be changed
Follow my tutorial to switch it to english!

Hemdom i want to start contributing to the website by like adding posts similar to the ones you add. Is there anyway that i can do that?

I wish you the best with joining the Hemdom team! More content is always appreciated.

I’m a pateron of this team and can say they deserve every penny.

hour of frost
Reply to  secretseed

I thought the creators abandon this project

This is the most beautiful eroge games I have ever seen.

Is the boobs smothering scene actually in the game? I’ve already played it but I didn’t see that scene

3 hours to go to download…. Do you have MEGA pro? Such dedication, i respecc

What are you on about? The download’s only 3 minutes

Can’t use MEGA and had to use mirror site which slows down my download considerably. Plus, Third world country net speed.
q-q

Have you tried using a VPN?

Oh thanks, I didn’t notice it

YES HEMDOM YOU ARE A LEGEND!!!

such a big hardware-hungry monster with so little gameplay. while the visuals are amazing like in the previous version (with dealer), that one at least had a full battle with leveling and all that. this one does not, it’s just a very one sided fight, a single scene and then it’s finished (apart from a handful of short scenes inside the gallery).
while it’s great that hemdom put it here, i was expecting a little more tbh.

ok, that annoyed me.
first step is press “tab”, last upper is “option”, language english, and after that are grafic changes easy.
should work for most of you
thank me later guys.😂🍻

i said nothing regarding the language, nor did i complain about the graphics (on the contrary). so not sure what annoyed you.
edit: ah, hardware-hungry must be it. it’s true though and a comparably huge file for…not much gameplay.

haven’t played it yet but i’m fairly certain the dev said he was focusing on getting a playable version out and he’s gonna add more moves in the coming months. shame that there isn’t as much content now but i guess we can look forward to more stuff

It’s hard to believe, but she is younger sister

when will the update come

Omg, It really got an update. I am so hyped

is it just me or v0.2 removed witch fighting combat

Sadly they did. For Dealer’s fight you will need the earlier version.

One of the best i ever played , i wished there was more story and gameplay in it

Hello! Thank you for the work you put in this blog! I have but one question, how do I set this game to English? It doesn’t seem I have the option on screen, but I can’t say exactly since it’s in Japanese.

Here is a tutorial: https://redgifs.com/watch/vacantlightsteelbluecheetah

Hey Friend , I downloaded this game but after 10 – 15 minutes later screen turned black , I can hear sound clearly but can’t see anything . What should I do … Please answer me..

Downloaded mega link twice. Shows Lake file is corrupt. I can’t even get to the battle…

love you guys but, is it legal? srs question tho

If you have to ask that question, then I wonder how the hell you ever got here.

fair enough but you have to feel in the back of your heart, does Disincentivizecreators, i will harbor some guilt.

Every game post has a “support developer” button. Use that button to purchase / support them.

Thank you Hemdom, big kudos on including the “Support developer” button.