RPG fans listen up! Leaf Geometry, the creator of the SEQUEL series, is back with another addition! Like the predecessors, it focuses on female domination, powerful women and reverse rape. However, there are a lot of new stuff to keep you interested!

ASYLUM is an independent game, but not unrelated to the SEQUEL series. You play as Malice, waking up in the land of Asylum with no memories other than your name. Your quest quickly becomes to escape Asylum together with the other inhabitants of the base, even if that means dying and coming back to life repeatedly: the protection of the stars ensures that no one in Asylum dies unless their heart breaks.

The maps are large and there are many side paths, locked doors, and shortcuts. Progression is neither entirely linear nor entirely nonlinear; you often have a choice of the order in which you achieve your main objectives in. The core gameplay consists on fighting monsters and defeating bosses to proceed on your quest. In this game, leveling up doesn’t increase your stats and your other party members cannot level up from combat, but are upgraded through different means. Therefore power progression comes mainly out of items, skills, and boss progression.

Most H-scenes occur in the base location and are gated behind sexual experience requirements or storyline requirements, although some are found outside the base. The scenes are about as femdommy as in the author’s previous works, although as the protagonist is not a player insert like in SEQUEL, the narration is out of more of an omniscient point of view.

WARNING: Contains bestiality, scat and peeing! All can be opted out if that’s not your thing.

Thank you Sub-par for translating this!

this is not like the sequel games at all, you play as a female protag and go around fucking dogs, imps and tentacles to raise your sluttiness stats. dissapointing if you were expecting a harem game like the other titles instead of something like every other HRPG game

I wish they went with a male protag. This game looked like it would be a lot of fun with one.

yeah, good thing the dev itself made it clear this is separate from the other games, so there is room to come back to the classic style and do these as side games if they still wan to do them.

eh, yeah, the dev probably wanted to try something new, i dont see that as a bad thing. but its not my cup of tea.

>Be me
>Lonely and bored
>Go to Hemdomblog for games to not be bored
>Download ASYLUM English Version because why not?>Unpack it and all is good boot it up expecting nothing but Hentai
>Isn’t actually that
>”Okay, wtf?”
>Realise it goes off stats and story progression
>Still have nothing to do and decide to go through with it
>Genuinely love the RPG and exploration system despite being hard to remember
>Boss battles are great and grinding isn’t too hard either
>Get a pretty good way into the game, to about when the wolf gives you the ability to go to weird wind place with banger music
>Actually the whole game has banger music btw
>Hard drive breaks and needs replacing
>Cannot salvage any of the data on it
>Had over 40 hours on this game on and off over the course of a few months
>No videos online so I can’t see how it ends
>MFW I don’t wanna reinstall it
>MFW I realise that canonically you always come back from death if you have a desire to live
>MFW I realise my own ending the Main Character doesn’t come back because I don’t wanna have to repeat everything

This is such bad luck, sorry for your loss 🙁

Uh… it says Japanese on the language part even though it’s the English version… is that a mistake or am I missing something?

It was a mistake, fixed it 🙂

The game is good overall but GOD it is confusing can’t get past the first couple dungeons way to many rooms and worst of all no map, the story is unclear maybe because I haven’t finished it but GOD we need a map

I like male protagonist games, but I liked the scene when she uses onahole on the guy in this game.

Any1 have the complete save? I can’t beat the game since it’s too cryptic.

Hey Admin. Can you give as a little update if possible. I think we already have this game english before right? and title said english but the language part said japanese. perhaps should edit it to official english or englih fan patch improve edition. lmao

i’m no admin, but there were english versions of the 3 sequel games, as well as the japanese version of this one around here. so (assuming this indeed functions as intended) this shoud be useful. i actually got this yesterday from a different source since it wasn’t here yet.
edit: i may be wrong but my guess is that it’s the translation from sub-par.

I downloaded and unzipped it, but when I try to start the game it says audio/BGM/Title not found.

I deleted the folder and then unzipped a new copy. works now.

Is this the Angry Video Game Nerd (AVGN)? 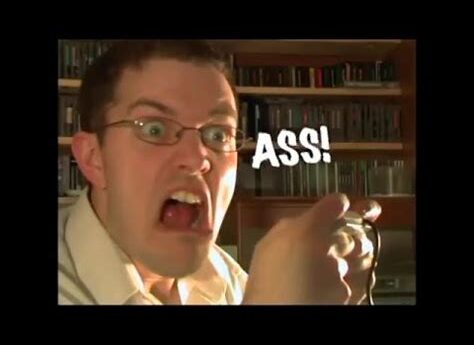