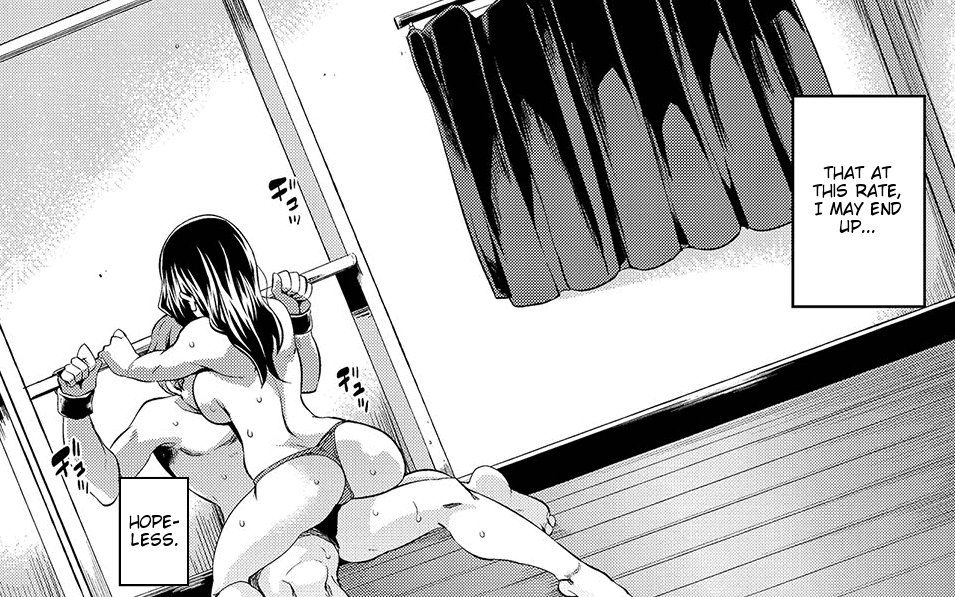 On very short notice, our protagonist has gotten kicked out off his apartment. Forcing him to make a quick decision to move into a cheap apartment complex. He was very pleased with the way things we’re lighting up again in his world. However, it all changed once he met his neighbor, Reika Midorikawa. There was something suspicious about her that he couldn’t quite put a finger on.

One day, he went out drinking with his boss. He got too drunk, and accidentally opens his neighbor’s apartment. Luckily, he doesn’t get very far and passes out because of the alcohol. A normal neighbor would probably charge him for attempted break and entry, but this is Reika Midorikawa we’re talking about! She brings him inside, and restrains him. From now on, he is going to be her sex toy, whether he likes it or not!

This story was kinda cute.