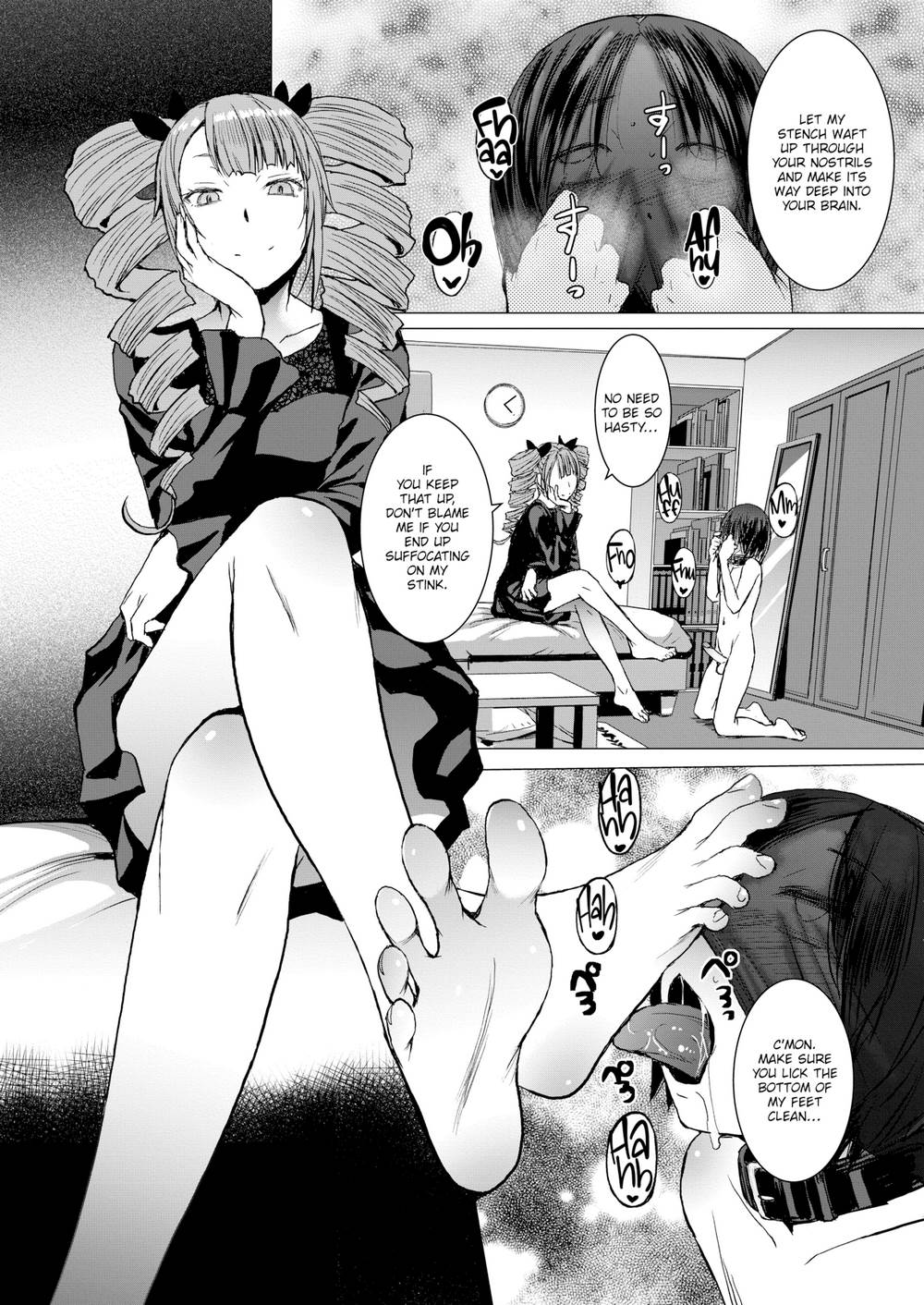 Yuusuke is an older sister that spends most of her day teasing her little brother Akira. She knows he has a foot fetish, so she makes him worhship them, loves to humiliate and mock him for his pervertedness. Akira was her little pet, until a new one came into the picture!

One day, Akira introduces his older sister to his best friend. At first, it was a normal hangout, but his sister slowly seduced him. The best friend kept on coming back more and eventually showed up to Akira’s house just to see the sister. At this point, you know it’s gonna get hot! Yuusuke immediately teases and coaxes the friend into submission and servitude. From that day forward, he becomes one of her precious playthings!

Akira slowley started to realize that something was going on between both of them. So one day, he goes into her sister’s room to ask. To his suprise, he caught his sister and best friend in a sexy situation! She introduces her brother to the new pet. Yuusuke then shows her little brother her favorite boy can be replaced with a newer model, though it doesn’t mean her toys aren’t completely useful in the training process. Old toys can learn new tricks too, especially if there ordered to do so.

Link doesnt work can u update?

If anyone knows where to read it, I’m interested