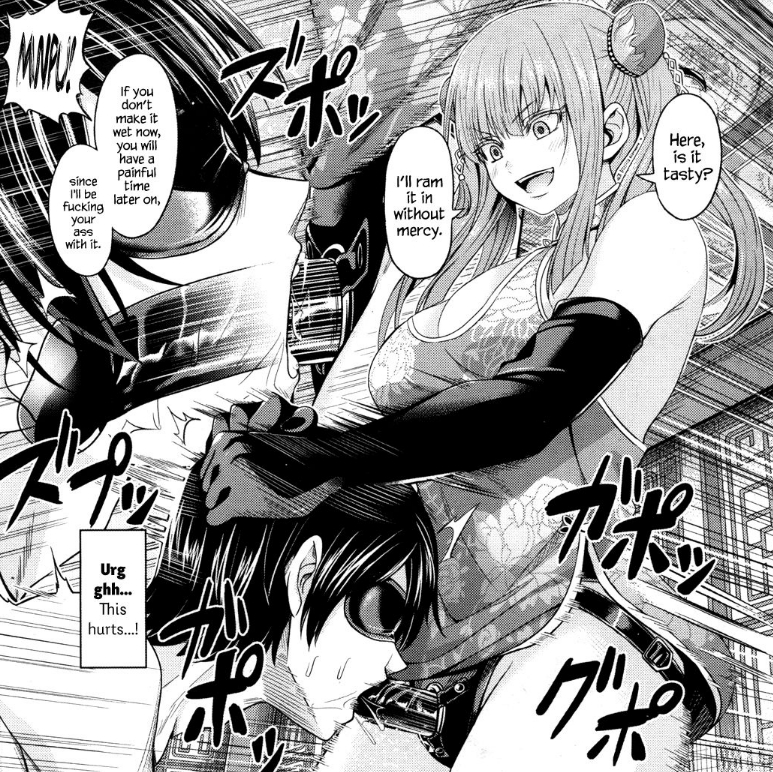 A Japanese man is kidnapped by the Chinese Mafia by two women named Shaolin and Iso. Their new property is taken to a dark dungeon to be prepared for a human trafficking auction. Between beatings and spirit breaking Shaolin and Iso peg their new property as they discuss how much he may fetch at auction. Eventually after he is broken they inject an aphrodisiac into him directly and leave him in chastity for hours till the effects of the drug is in full force. Hes then taken to auction and put on display for all to see, a simple touch could make him shiver due to the drug’s effects. Shaolin eventually sells him for 100,000 yuan to the highest bidder and another happy customer with a brand new toy in their possession.