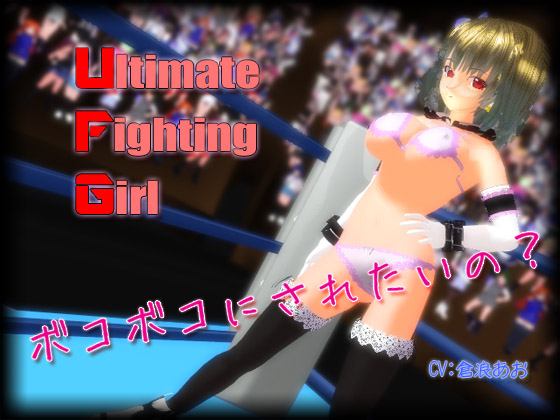 Having Issues Playing The Game?

Your known as mankind’s greatest MMA fighter. You are feared by your colleagues for your crushing victories over every single opponent you’ve faced. You are displeased, not only are there no worthy opponents, but even the willing ones are few and far between…

However, you get an offer to partake in an unlawful and rule-less tournament through the “Underground Arena”. Excited to learn what your oppenent looks like, you realize its a gorgeous, bikin babe, who looks nothing like a martial artist… but things take an unexpected turn!

If you like being (or want to be) brutally and mercilessly dominated, pummeled, humiliated, teased, mocked and insulted by a tremendous beauty, then this is the game you’ve been longing for. Enjoy many sexy and painful moves such as stink face, hip drop, breast press, cabel naria (seated chin lock), a kick to jewels and more, coupled with appropriate taunts and post defeat verbal abuse.

Make sure to read the English manual in the folder because the controls are difficult to understand at first!

is there an English version yet

This is a fun game but it does require either some fast fingers or to get gud. If you are not already fast you will have to get your butt kicked a lot before winning your first match. Then again, if you are playing this game, that might not be such a bad thing.

I am not sure. I haven’t played this game in a very long time.

[…] like the original game, you are up against tough girls from the female fighting league. As the number one fighter in the […]

[…] like the original game, you are up against tough girls from the female fighting league. As the number one fighter in the […]